Why we should take Chinese players seriously

Using the lazy assumption that string players from China have ‘great technique but no musicality' ignores the talent that they bring to Western music, says Nancy Pellegrini 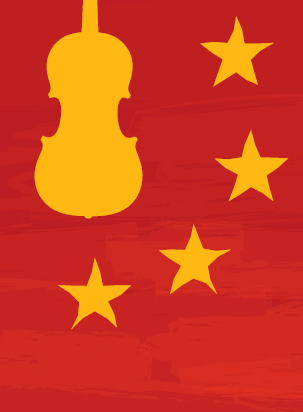 It has been three decades since Isaac Stern took a film crew to China and made the Academy Award-winning documentary From Mao to Mozart. Stern spoke to teachers, gave masterclasses and held concerts, opening a door that had been sealed for years. Some in the West watched in amazement; others seethed with envy. Since then, as Chinese players have become more dominant on the world stage, many have been quick to dismiss them altogether. ‘Great technique, but no musicality’ is a handy mantra, but it sweeps away a complex situation with a simple sound bite. And it doesn’t help anyone – least of all the struggling classical music industry, whose second wind seems to be blowing from an easterly direction.

Crucially, critics should not confuse ‘musicality’ with ‘understanding of Western music’. Detractors point out that Chinese musicians go nowhere without Western training, but is this to enable them to gain musical ability or cultural knowledge? It’s hardly surprising that Chinese musicians have a limited knowledge of Western musical culture when you consider China’s all too rapid relationship with classical music. The dabbling in the 1920s and 30s was ended abruptly by the Japanese invasion in 1937; it was only after liberation in 1949 that Soviet teachers began crossing the border. A decade later, the USSR was the enemy, and shortly after that, the 1966–76 Cultural Revolution meant anyone caught listening to Western music could face prison or even death. In 1979, Stern and his cameras arrived, and China shot away from the musical starting block.

Even since then, however, it has been difficult for Chinese players to get any experience of Western music. Recordings are often hard to come by, and even today, students use pirated scores slashed to pieces by overzealous editors. Many teachers have never been abroad themselves, and they often studied with equally landlocked professors. It’s easier to teach rapid fingering than the nuances of a concerto, especially if you’re hazy on that aspect yourself. But is that an indication of musicality in any case? Give these violin students an erhu and you might be moved to tears. Chinese traditional music creates pictures (moonlight, plum blossoms) or tells stories (concubines, generals) – an aesthetic that makes abstract Western music hard to grasp. Religion is the building block of the Western artistic tradition, but in China, non-secular performances still require a licence that many mid-level bureaucrats won’t grant. In Europe, by contrast, students are surrounded by the very churches, art and architecture that inspired the music they play, and musicians consider Bach their daily bread. Simply put, the Chinese are constructing a building by starting on the tenth floor.

The final point that people use to back up the ‘technique only’ criticism is the ‘prodigy problem’. Many Chinese children show remarkable ability at a disturbingly young age, but wither away into oblivion once they hit adulthood,  meaning in itself that they don’t get the chance to develop a mature musicality. Some of this is down to professional management (which barely exists in China) or parental ignorance (which is alive and well), but other times there’s a lifestyle question. In developing countries, music is often a way to a better life; if prodigies earn enough to pay back the many relatives who supported their study, they may then simply decide to do something else with the rest of their lives. This is not about musicality – it’s about choice.

Certainly there are students who have agile fingers and nothing else, but that’s true of the West as well. Why do we make these sweeping generalisations? It’s not racism; it’s fear. Western parents see their children struggle and resent students who learn faster than their teachers did, and even educators can be bitter. The fact is that China’s music education improves every year, and Chinese musicians are here to stay. Instead of criticising what they do, we should remember where they came from and the astonishing speed of their musical development. How many nations can claim this pace of advancement in anything, let alone a foreign art form? Let’s give the Chinese a little time to figure out exactly what Mozart was thinking, and in the meantime, be grateful for the 40 million music students who are keeping this art alive – and getting better all the time.

This article first appeared in The Strad, January 2010.  For more opinion and debate, subscribe to The Strad or download our digital edition as part of a 30-day free trial. To purchase back issues click here.