What happened to Ginette Neveu's Stradivari?

Ariane Todes goes into The Strad Archive to find out 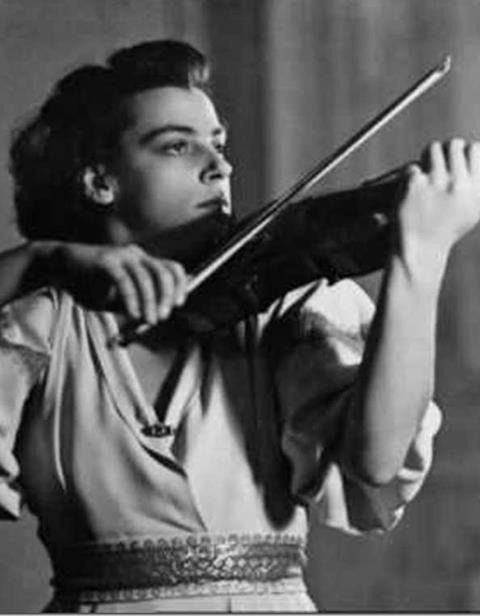 Our friends over at Maestronet.com were just asking what happened to Ginette Neveu's instruments following the terrible air accident that killed the violinist in 1949. Here is what Pierre Ruhe wrote in our April 1995 issue:

'In the weeks preceding her first train trip to Warsaw, to enter the 1935 Wieniawski Competition, Neveu purchased a violin by Omobono Stradivari (Antonio's son) dated 1730, from the Paris atelier of Marcel Vatelot. With this violin she built her reputation. In the early spring of 1949, now an internationlly acclaimed artist, she felt a second instrument was needed. She bought a G.B. Guadagnini, and placed an order for a heavy-duty double case with a durable crocodile-skin cover. She would need these reinforcements for her third trip to America, to be her biggest tour yet.

Her Carnegie Hall recital, with her brother Jean as accompanist, was to take place on 28 November 1949. They would try out the programme a few days before in Boston, the start of a three-month tour of the US and Canada, performing in 17 recitals and with nine orchestras. But on 28 October their plane crashed near the summit of a mountain on São Miguel Island, in the Azores Archipelago, killing all 48 passengers and crew. Marcel Cerdan, former world middleweight boxing champion (and Edith Piaf's lover) was also on board. The shock was immediate and world-wide. Talk of foul play circulated for years: newspaper reports in Paris and New York detailing clear weather and an experienced pilot failed to put the rumours to rest.

Several days after the accident, officials from Air France visited the Vatelot shop, carrying Neveu's case and two bows: one undamaged, stamped 'W.E. Hill & Sons', a Fleur-de-Lys model, gold mounted with a tortoiseshell frog; the other a Chardon, badly broken. The case had deep scratches across the top, but was otherwise intact. Vatelot confirmed that these were indeed the bows of Ginette Neveu. Asked where they had been found, the visitors told of a man in the Azores village who was using the beautiful Hill & Sons bow: when questioned, he said he had found it on the mountain and promptly relinquished it. Hearing this incredible story, Vatelot asked, 'And the violins?'. The officials replied, 'Oh, the violin played by that man was so old, and he played it so badly, that we knew it couldn't be important.'

The Omobono Stradivari was never recovered. Years later, the scroll of the Guadagnini surfaced in Paris, having changed hands several times once salvaged from the debris.'