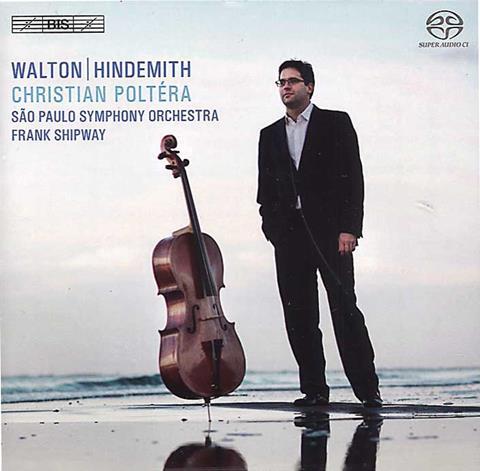 Christian Poltéra is at the top of his game in these works by two composers whose friendship lasted much of their adult lives. The opening of Walton’s Cello Concerto is strikingly beautiful. Poltéra’s entry is open and lyrical, with tender vibrato and a sense of exploration. This is a highly Romantic interpretation, with free rubato from both soloist and orchestra and a recorded sound that is transparent and bright.

The second movement sparkles with wit. Frank Shipway keeps the ensemble expertly precise and Poltéra plays with ease and accuracy. His c.1711 ‘Mara’ Stradivari has a particularly sweet, singing tone in its high registers, which he climbs to expressively at the end of the Theme and Improvisations and in Walton’s late Passacaglia.

Hindemith’s 1923 Sonata, notably ahead of its time, is memorable here for its purity and sense of line. Before this, with his clear, unforced playing, the Swiss cellist makes a strong case for greater exposure for the 1940 Cello Concerto, written soon after Hindemith’s arrival in the US. He plays the lilting melody of the Andante, used by Walton for his Variations on a Theme of Hindemith, with a light and natural touch, and puts energy and detail into the final March as he conveys its shifting moods.