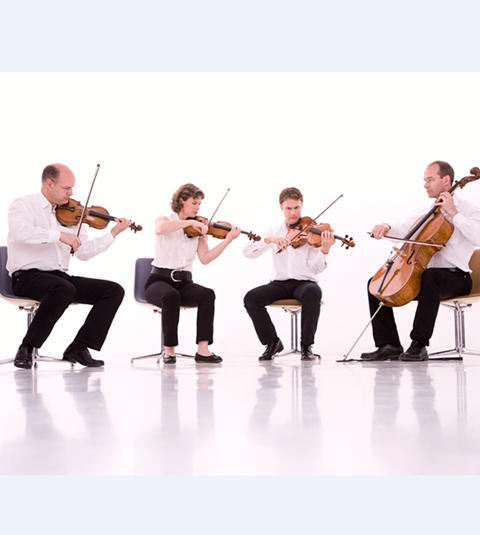 Violist Roland Glassl is to leave the Mandelring Quartet from the beginning of the 2015-16 season to pursue other projects. Glassl, who has performed with Schmidt siblings Sebastian, Nanette and Bernhard for 16 years, will be replaced by Andreas Willwohl, principal violist of the Berlin Radio Symphony Orchestra from 2001-2011.

An experienced chamber performer, Willwohl was a founding member of the Faust Quartet, which toured worldwide and won numerous competitions – including the Joseph Joachim Chamber Music Competition Weimar, the International Charles Hennen Competition Heerlen, and the Bordeaux International Competition. In 2009 he became a member of Quartetto Le Musiche Berlin, and in 2011 was appointed professor of viola at Hochschule für Musik Nürnberg.

The Mandelring Quartet was interviewed in The Strad’s March 2014 issue in celebration of its 30th anniversary. The German ensemble’s members spoke about their recordings on Audite, running festivals and their special chemistry. Glassl, the only non-sibling member of the group, spoke jokingly of his function as the quartet’s de facto scapegoat: ‘I suppose that because I’m not part of the family and I’m not part of the argument, it has to be me,’ he said of his ability to diffuse disagreements on different ideas about the music.