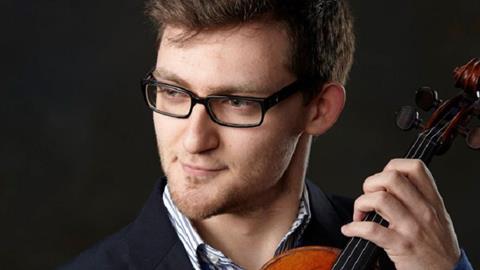 William Shaub has been named concertmaster of the Knoxville Symphony Orchestra. The 24-year-old violinist replaces Gabriel Lefkowitz, who has been appointed Louisville Orchestra leader following six years with the KSO.

Shaub was one of two finalists shortlisted for the Knoxville position; he performed in the March and May Masterworks series as part of his audition and 'distinguishing himself as a superb young musician' and a 'great addition' to the orchestra, according to a statement.

A graduate of the Juilliard School in New York, where he studied with Cho-Liang Lin and Masao Kawasaki, Shaub performed as a substitute with the New York Philharmonic, he has served as concertmaster of the Spoleto Festival USA Orchestra, the Music Academy of the West Festival Orchestra, the Juilliard Orchestra, and Rice University’s Shepherd School Symphony Orchestra.