Violin expertise and how to acquire it: Jacques Francais on the pitfalls of instrument identification

Legendary Manhattan-based French dealer, who died in 2004, with some words of wisdom first published in The Strad November 1988 issue. Interview by Stewart Pollens 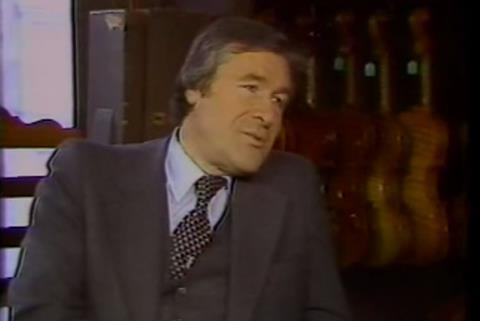 At the time of this interview and in much of the 1980s and 90s, Jacques Francais Rare Violins in New York was consistently handling around half the annual sales of Stradivari and Guarneri ’del Gesù’ violins internationally

After over forty years of identifying violins, Jacques Francais is acknowledged as one of the leading violin connoisseurs. He recently formalised his ideas on violin expertise and was kind enough to share some thoughts on the subject.

Francais prefaced his remarks by stating some of the qualities needed to become a violin expert. ’Firstly, one needs to have a photographic memory. Talent and intuition also help, although one has to have the desire to learn, a great love for all violins and enough humility to accept one’s mistakes. One also has to have the chance to see instruments. That is where it is very difficult for a young violin maker today. I would advise all of those who would like to become experts to visit musicians who own good violins, and to go and see collections in museums. I would also suggest that when first starting out, you should acquire as many photographs and books as possible. Every night before going to bed you should take one maker and look at the photographs of that maker’s instruments for about fifteen minutes and try to memorize all the details of his work. Close the book and sleep over it, and every night do the same thing. If you have good eyes, the ability to observe and a good photographic memory, you can learn a great deal.

‘It is not possible to learn and develop as an expert unless one is willing to accept the fact that one has been wrong many times. You learn from your mistakes. At the same time, you have to have enough confidence and courage to come to a conclusion after making your study. If you are unable to arrive at a conclusion and you do not have enough confidence in yourself, you will never become an expert. ’ Francais admits that the acquisition of information about a maker’s style and qualities occurs sporadically throughout one’s career. Much depends upon when and where instruments become available for study. Having several examples of an obscure maker’s work in the shop at the same time may provide an ideal opportunity to compare and contrast work of a given period or to observe the evolution of style. However, it may take the better part of a career for the same examples to trickle in. Since knowledge of a maker’s style may take time to develop, Francais states that ‘many times you are led to believe that a certain little detail denotes a particular maker. Later you will see a violin from this maker that does not have this little peculiarity. Then you have to make an interpretation as to what is missing or what is there. It is never black and white. Some instruments will have all the details, but then from the same maker may come a violin where some of the details are missing. You should always allow a certain amount of latitude for the maker’s desire to improvise. Don’t think that all the instruments made by a particular maker are all the same. They are not all the same; these makers tried to do different things.’ One of the pitfalls of those who are just beginning to try their hand at identifying violins is the blind acceptance of the label found inside the instruments. ’Naturally the best way to learn would be to have a violin come your way with the original label. Then you would know exactly what it was you were looking at. However, there are very few violins that come to us with the original label.

One way to find out if a label has been replaced is to lift it and if you see that the underneath part has not been exposed to the sun, the air, or to the dust of the rosin, and that the inside of the instrument is darker than the part where the label is, then it is possible that the label has not been moved and that it may be original. I remember at Rembert Wurlitzer’s shop, he loved to lift the label to see if there was that clearly defined white area exactly the same size as the label. This is a good way to be sure of what you are looking at. But these days, there are fewer and fewer opportunities to see violins with their original labels.’

Francais in the storeroom of his shop

Francais believes that there are two basic approaches to violin expertise. ’One is through synthesis and the other can be termed the analytical method. Synthesis is mostly employed by the people who work at the bench. The violin makers who do restoration work concentrate on details. They spend time working on a corner, or fixing this or that, and as they go along with their work they learn that this knife cut was used at a certain place on a violin. They learn that one type of purfling was used by a particular maker. Sacconi, for example would put his hand on the sides of a Strad and find a bump. From this he would conclude that a certain mould was used to construct the instrument. Benchmen study the details, and from these little points they make a synthesis. This is a very valid method, but it is quite dangerous because sometimes you take a detail and fix it to a name. Then you keep this idea in your head and you may ultimately arrive at an incorrect conclusion. I have seen it happen with very good people at the bench who got on the wrong foot and continued to build their synthesis, but unfortunately arrived at the wrong maker.

People who are not so involved in the shop but who are more involved ‘up front’ have a completely different approach. They have what might be termed an analytical system. They look at the violin and get an idea as to who made it and then they check their conclusion by looking at the little details, just as the benchmen do. Both methods are valid, but the latter is less dangerous in my opinion. When looking at a violin, most of us go on intuition. Usually the first impression is the best one. If you don’t know what a violin is, right from the start, you are in trouble. You have to go back to the photographic book and study the details.’

Although many sophisticated scientific techniques have been developed for dating wooden objects and analysing varnishes, adhesives, and other materials which might provide some assistance in authenticating violins, the scientific arsenal is not yet at the disposal of the violin expert in the private sector and so he must rely almost entirely upon judgement. There is one piece of equipment that is accessible, however, and that is the ‘blacklight’. This provides ultraviolet fluorescence which enables certain materials to be seen or distinguished. Glue lines stand out brightly, and certain resins, such as shellac, fluoresce with characteristic colours. Franqais explains that the blacklight gives information about repairs, about parts that have been changed on a violin. ‘If the scroll does not belong to the rest of the violin, usually the blacklight will show it to you. It will give you a very good idea as to whether the violin is 18th-century Italian or not, because all the Italian 18th-century violins have the same kind of transparency when you put the blacklight on them. The violins from anywhere else in the 18th century do not reflect in the same way. If you have the opportunity to read the varnish with a blacklight you very quickly learn by comparison how to interpret what you see. It is tricky and you will make mistakes at the beginning. It is not foolproof, but it is almost the only tool you have at your service.’

Jacques Francais’ system of identifying an instrument is essentially what he terms ‘analytical’ in that it calls for making initial assessments on broad aesthetic grounds. He uses his comprehensive knowledge of minutiae, however, to verify his initial impressions. If his instincts do not lead him immediately to a specific maker, he proceeds more gradually by first attempting to assign the age of the instrument. Then he establishes the country, followed by the school, maker, period, and if possible the hand of a notable assistant. To assist in narrowing things down within each category, he has established some general criteria to assist in the process. However, he is cautious about applying any system, even his own, and warns that ‘there are many contradictions in the history of violin making. Certain techniques and styles may have been practised in a particular period and country, and then you find them adopted by other countries at later periods.’ It is clear from this that one may not be able to rely solely on the presence of a specific trait when determining the date, country, or maker.