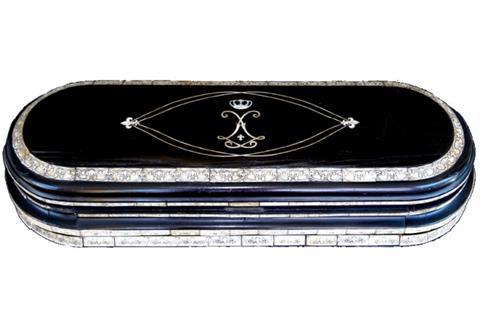 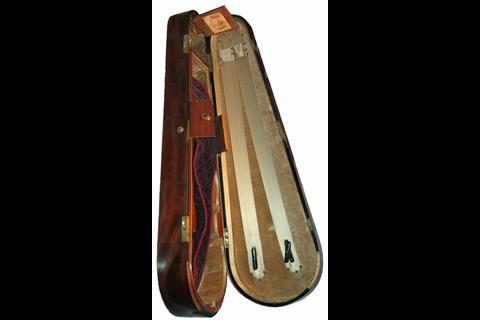 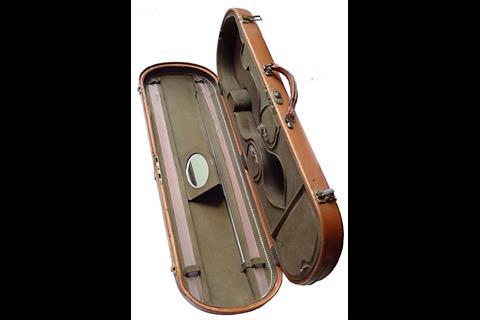 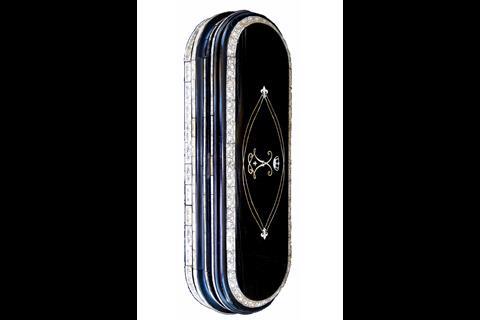 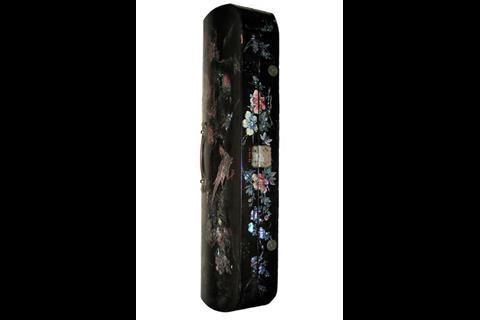 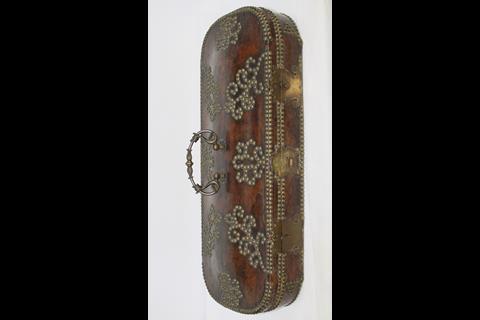 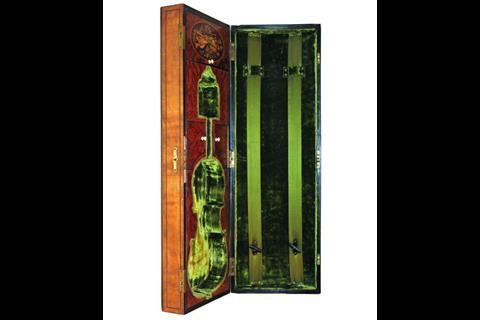 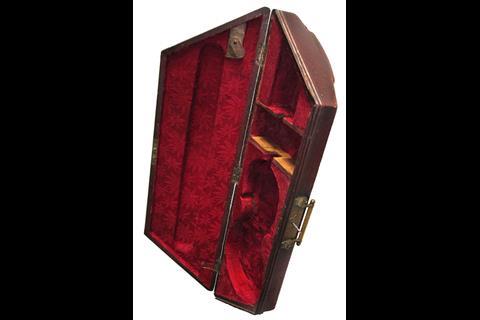 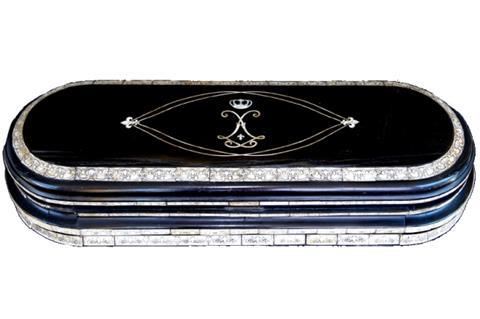 Over the past 400 years the violin case has undergone a transformation from a luxuriant display cabinet to today’s lightweight, portable models. In Accessories 2014, free with the October issue, historian and collector Glenn P. Wood gives an overview of the development of the high-end case, from examples created for royalty to those crafted by dealers to display their most important wares.

Glenn Wood is planning a second edition of his book The Art & History of Violin Cases, scheduled for publication in 2016. Submissions are invited for information relating to historically interesting cases. These should be sent to the author at glennpwood@yahoo.com

To navigate through the gallery, click on any picture and use the left and right arrow keys to scroll through the images.

1. According to tradition, this is one of the cases made to house the set of violins used by ‘Les 24 violons du Roi’ (the King’s 24 violins) established by Louis XIII of France in 1626. Ivory inlay has been used to form an ‘L’ monogram surmounted by a royal crown with a fleur-de-lis below and two either side.

2. Sumptuously decorated with mother-of-pearl and lacquer during the Meiji period in Japan, this double violin case was presented to the German violinist August Koempel in 1862. An engraved metal plaque inside the lid commemorates the presentation, stating ‘Hulde Aan A. Koempel, Dordrecht 1862’.

3. This exceptional case is fairly typical in construction for violin cases made in Northern Italy during the 17th and early18th centuries. They were usually fashioned from walnut and covered with leather secured with decorative stud work. Photo courtesy Chi Mei Museum, Taiwan

4. This case was one of a set of 12 made by W.E. Hill and Sons for the presentation of golden period Stradivaris to distinguished clients. They are affectionately known as ‘the Apostles’. Their construction using exotic materials was so time-consuming that their production was discontinued after a dozen had been created.

5. This American case appears to be unique in concept and execution. Economy of space seems to be the driving force behind the curious, trapezoidal shape. The edge of the case most distant from the handle is the longest because it is here that the bow resides inside the lid. The unusual decoration on the lid appears to be composed of marijuana leaves.

6. This case belonged to the celebrated violinist Pablo de Sarasate and is currently on display in the Royal Conservatoire of Music in Madrid, Spain. It accompanied the second of Sarasate's two Stradivaris – the c.1713 ‘Boissier’, which was used less and is now one of the purest and least-polished of the 'golden period' Stradivaris.

7. The exterior of this case is pigskin and the lining is made of fine suede. The most unusual feature of the case is the adjustable vanity mirror fitted to the inside of the lid. This type of accessory, conveniently included so that the violinist may check his or her appearance prior to a public engagement, is unheard of today.

Subscribe to The Strad or download our digital edition as part of a 30-day free trial. To purchase single issues, including the October issue and Accessories 2014, click here.