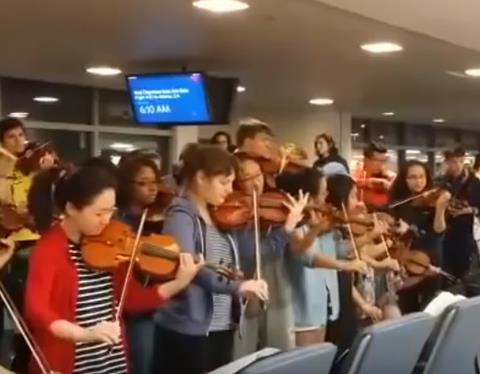 Musicians of the Boston Philharmonic Youth Orchestra were stranded at New York's JFK Airport in June 2016 when their flight to Spain for a concert tour was cancelled at midnight.

In response, the young performers took out their instruments and played Nimrod from Elgar's Enigma Variations in the terminal. The cellos and basses sang their parts as their instruments had been loaded into the hold.

Watch: Time for Three violinists perform on airport tarmac when denied entry to flight with instruments