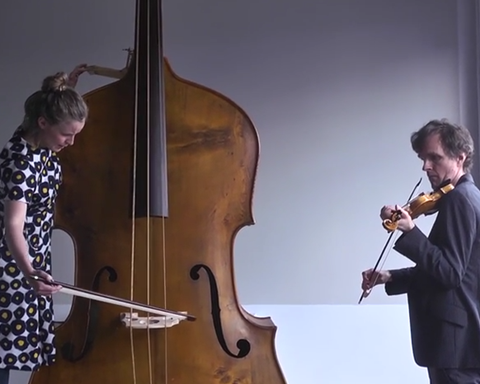 A rare, newly built 4-metre high octobass was premiered on the first day of the Only Connect festival in Oslo during June 2015. The instrument was played by Guro Moe, a bassist and composer, and accompanied by the 11-piece chamber orchestra Touchables.

The octobass was invented in France in the 1850s. The instrument has three strings, is tuned two octaves below a cello and is capable of playing notes which are too low for the human ear to detect.