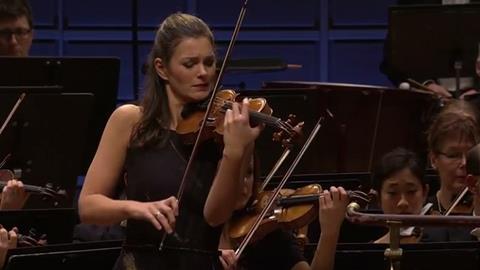 The star violinist replaced tenor Jonas Kaufmann who cancelled his appearance at the event due to a haematoma on his vocal cords.