The artist contracted the disease when he was four years old 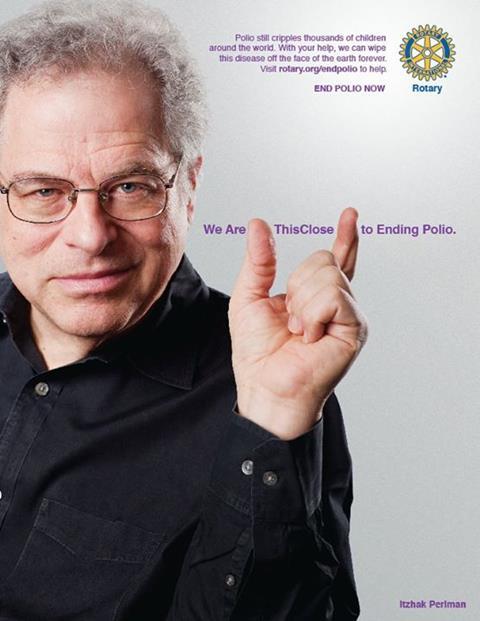 Itzhak Perlman appears in a new video recorded by Reuters, campaigning for universal vaccination against polio. The violinist, who joined Rotary International’s End Polio Now drive in January 2013, contracted the disease when he was four years old.

‘The first symptoms were weakness in the lower limbs and then bye! I couldn’t walk any more,’ he says. ‘It was pretty sudden. One day I could walk, the next day I couldn’t.’

Today most countries are polio free, but the World Health Organisation is warning of fresh outbreaks as thousands of people move between boarders fleeing conflicts in areas such as Syria and Pakistan, where populations aren’t fully vaccinated.

‘The problem right now is that even two or three cases can blow up unless everybody is immunised,’ says Perlman. ‘Vaccination is such a simple thing to do’.

Watch the video below: