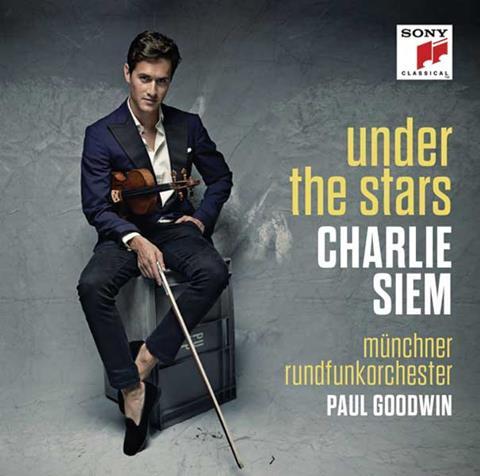 This disc features a generous mix of virtuoso fireworks and sweetmeats tailor-made for the suave musicality of the charismatic Charlie Siem. We are served a selection of popular melodies, including Debussy’s Clair de lune and Elgar’s Salut d’amour, alongside more modern additions such as the creamy Romance from Shostakovich’s The Gadfly, and Siem’s own rhythmically spiky Canopy.

Hubay’s fiendishly difficult Carmen Fantasy offers Siem the opportunity to dazzle with his mercurial left-hand fingers dancing around the Toreador’s March, then slithering around the strings with meticulous double-stopping in a slinky Habanera. His warm and free-flowing account of Tchaikovsky’s Sérénade mélancolique is also most welcome, and I particularly like his exotic and seductive approach to Kreisler’s seldom-played La gitana. Elsewhere, in Fauré’s Après un rêve and Dvorák’s Songs My Mother Taught Me, Siem’s very generous and warming vibrato produces honeyed sounds.

In a pleasing, well-balanced recording, the Munich Radio Orchestra under Paul Goodwin makes a more positive contribution than we normally hear in such ‘lollipop’ programmes.