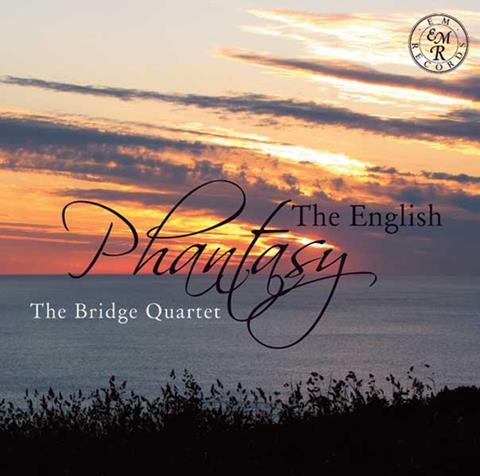 This enterprising disc focuses on quartets written for the competitions held between 1906 and 1919 by amateur violinist and chamber music proponent Walter Willson Cobbett to revive and develop the ‘Phantasy’, a genre that soon grew in popularity as a result. Frank Bridge’s Phantasie Quartet for the inaugural competition is one of the highlights, with a first section that marries march and scherzo elements, and a freely lyrical slow section – but the Bridge Quartet lacks a degree of both precision and musical sweep, making this version a clear second-runner to the Maggini Quartet’s rendering for Naxos.

The works by Holst and Howells, for the folk-song Phantasy competition of 1917, are miles apart in quality (Holst later withdrew his work, while Howells won second place). The Bridge Quartet seems reluctant to enter into the rustic swagger of the former but sounds more at home in Howells’s rich layering and varied moods. There’s wonder, too, in the performance of Eugene Goossens’s Phantasy Quartet (1915), which is Ravelian in its malleable harmonies.

Joseph Holbrooke’s sixth-prize winner in 1905 and William Hurlstone’s top entry the same year complete the disc (the latter, along with the Holst and Goossens, released on disc for the first time). Overall the playing is not of the first rank but fans hungry for this repertoire will not be disappointed.