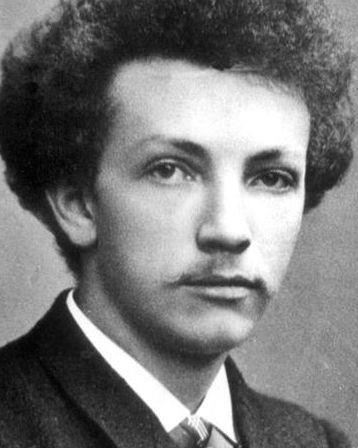 Every work by Strauss contains the difficulties of his entire oeuvre; questions of weight and importance, both within a phrase and within an orchestral texture, play an important role in the orchestral musician’s conscience. So much of his music is so powerful and athletic that one can be unknowingly drawn into tension or hardness of sound. Strauss’s own comment to a young conductor that one should ‘play Salome and Elektra as if they were written by Mendelssohn – fairy music’ seems pertinent here. The suppleness, leanness and humility of the string playing in Strauss’s own recordings of his music point the way to a convincing approach.

More than almost any composer, Strauss demands beautiful legato playing. I often think of Capet’s approach to the bow that places such value on the sensitivity of the right fingers.

Take, for example, the ending of Tod und Verklärung. The 16 bars before letter Z constitute an unimaginably long phrase containing all the unique elements of Strauss’s language (picture 2, mid-passage). Marked espressivo, it requires a sound of such heartfelt intensity in order to depict the profound subject matter. Expanding the semibreve at the end of the first bar, for example, can help create the legato. One feels reluctant to give up each note as one ascends to the most silvery reaches of the instrument.

Don Juan is full of passages of pure power and bright, clear articulations. One guards against becoming earthbound and tries to tap into what Romain Rolland called in a letter to Strauss, the ‘stupendous nervous tension which is so characteristic of your genius’.

In Till Eulenspiegel the ultimate charm of the beginning (picture 3), again achieved through a particular suppleness of the bow contact, gives way to kaleidoscopic, light, scherzando playing where the challenges revolve around fitting into the embroidery of the complex texture without being late.

Ein Heldenleben presents many of the familiar difficulties in the first two minutes of music: the powerful, dynamic first phrase and the rhythmic fabric in general require much poise and a keen awareness of pacing and direction. There are filigree patterns that are woven into the long out-spinning of melody (picture 4), massive fortissimo legato sequences, and stupendous leaps (picture 5). Here again one taps into that nervous energy that seems such a central part of Strauss’s creative process.

One of the works in which Strauss is at his most profound and sincere, the Metamorphosen for 21 solo strings, presents each player with the opportunity to judge the weight and importance of each phrase, both within itself and in relationship to the constant contrapuntal development. The endless spun out phrases ask for an almost feline suppleness, yet the elegiac mood must always darken the sound.

From the brittle heartbeats and glorious liberation from earthly bonds of Tod und Verklärung, to the great orgasm of Don Juan, to the death screams of Till Eulenspiegel, and the beauty and sadness of Metamorphosen, Strauss was a virtuosic musical photographer who once said, ‘I want to be able to depict in music a glass of beer so accurately that every listener can tell whether it’s a Pilsener or a Kulmbacher’. We as his advocates should, I think, try to look at the sound photographs he left us, with all the imagination, feeling and variety that we can.

For more guidance and insight into Strauss orchestral works, read The Strad's June 2014 issue, out now, which includes interviews with concertmasters from orchestras around the world.