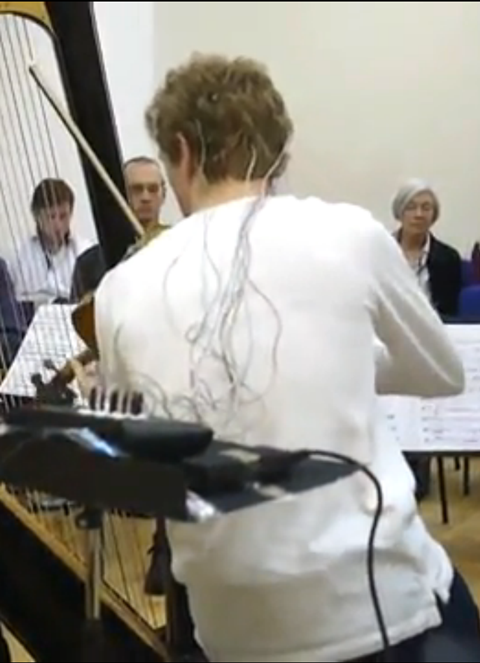 A new study conducted by researchers at the UK’s Guildhall School and Imperial College London suggests that introducing elements of improvisation into classical music concerts could increase audience engagement.

The researchers asked a chamber trio to play the same piece of music twice – once employing elements of improvisation, the other without – but without telling the audience the order. The three musicians and two members of the audience were wired up to an electroencephalograph, a machine that measures and records electrical signals sent between brain cells.

The team found that the brain signals produced during the improvised and non-improvised performances revealed a clear difference in brain activity. In the area of the brain known as the Brodmann 9 area, which is known to be involved in sustained attention, working memory and the inhibition of responses, brain activity was much more active in musicians and listeners during the improvised performances, indicating that the audience was more engaged.

Henrik Jeldtoft Jensen of Imperial College said ‘The more engaging the music is, the greater the similarity between the engagement of the listeners and the players, as the results of the improvised performance shows. In the non-improvised version, you don’t get this match between the musicians’ and listeners’ brains.’

Professor John Sloboda, Research Professor at the Guildhall School, said: ‘We were able to approach this study from three angles. David Dolan was analysing what the musicians were doing; Henrik Jensen measured what was going on in their brains; and my role was to find out what they thought and felt about these performances.’

The results will be published in the online journal Music Performance Research later this month.

Watch a video about the project here.