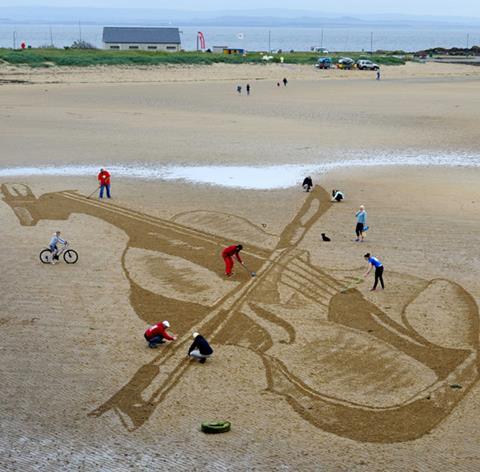 Musicians and organisers of the East Neuk Festival, taking place this week in Fife, Scotland, joined together to make a giant anamorphic sand drawing of a violin on 29 June. The 60ft x 40ft ‘transitory work of art’ was created on Elie beach and nicknamed ‘Strad on the Sand’, in honour of the 300-year-old Stradivarius violin that takes centre stage in this year’s festival. Created with sticks and rakes, and finished by 10am, the artwork was washed away by the tide within an hour of its completion. 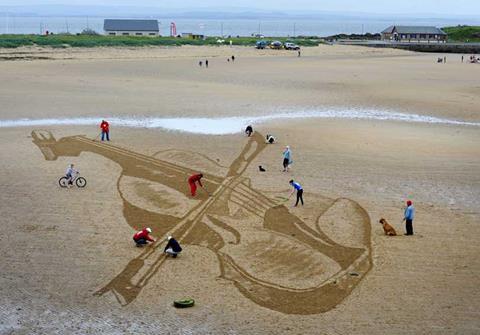 The 1715 Stradivarius that inspired the drawing was owned by the German Prince Leopold von Schwarzburg-Sonderhausen. According to violin expert David Rattray, who will be giving a talk on the instrument at the festival on 4 July, it may have been part of an order for the King of Poland which Antonio Stradivari received and executed in 1715, along with at least two other violins. According to Rattray, ‘Prince Leopold died in 1906 and following his death the violin was retained as a family possession, eventually passing to the mother of its recent owner. It was lent to a chamber musician, Professor Karl Korbach, in 1938, and when it was returned 10 or so years later, it was seized by the East German regime. Happily the family was able to reclaim the instrument after the reunification.’ The instrument will be featured alongside two more violins: a c.1570 Andrea Amati and the 1730 ‘Serkin’ Guarneri ‘del Gesù’. 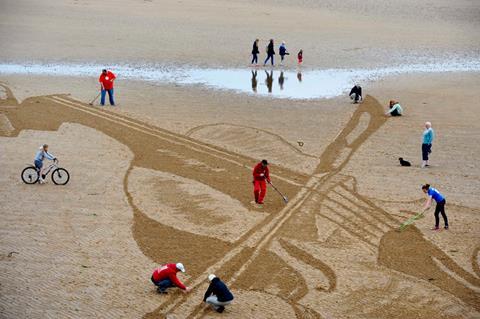 The Strad on the Sand was made with the help of professional sand sculptors Jamie Wardley and Claire Jamieson. The East Neuk Festival runs until 5 July 2015.

David Rattray writes about the 1744 'de Bériot' Guarneri 'del Gesù' in the July issue of The Strad. Subscribe to the magazine or download our digital edition as part of a 30-day free trial. To purchase back issues click here.