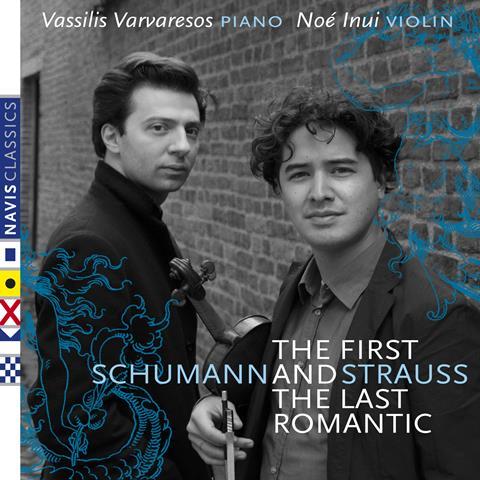 This disc is proof that first impressions can be misleading. One might wince at the simplistic sleeve captioning of these composers as the ‘first’ and ‘last’ of the Romantics; one might also object to the close miking and the consequent ‘breathy’ violin tone. One might, indeed, yearn for a more vocally sustained melody instead of the slightly ‘stop–go’ approach, with endemic powerful beginnings to notes and equally predictable fadings-off (accompanied by slow and wide vibrato), as found throughout the Schumann’s first movement.

To dwell on these matters, however, is to do this disc a disservice. What does come through is the commitment of the players in their debut recording. The booklet notes tell of the musical sympathy between these two Young Concert Artists New York prize winners, and this is evident. One warms to the stylistic approach and there is soon some wonderfully vibrant playing, although the finale of the Strauss might have benefited from a touch more intellectual subtlety.

In short, this is a very engaging disc. Navis Classics’ recording works well enough in the Strauss but some of the sparser textures of the Schumann reveal a slightly over-processed sound. This did not mar my overall enjoyment, however.