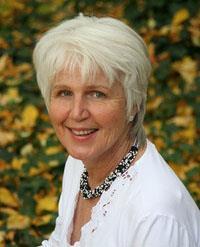 British violist Nalden (pictured) founded Buskaid in 1992 to raise money for a string project in South Africa. Since 1999 she has run a music school in Diepkloof, Soweto, offering specialist string tuition to around 110 young people.

Dworkin, a US violinist, established Sphinx in 1996 to increase opportunities for aspiring black and Latino musicians in the US. The Detroit-based organisation runs a national competition for young string players, and also has an annual series at Carnegie Hall.

The RPS will present the awards at a ceremony in London on 14 May. Alongside Nalden and Dworkin, there are three more new honorary members this year: Armand Diangienda, the founder of the L'Orchestre Symphonique Kimbanguiste in Kinshasa, Democratic Republic of Congo; pianist Ricardo Castro, who established a youth music programme in Bahia, Brazil; and Dr Ahmad Sarmast, founder of the Afghanistan National Institute of Music in Kabul.