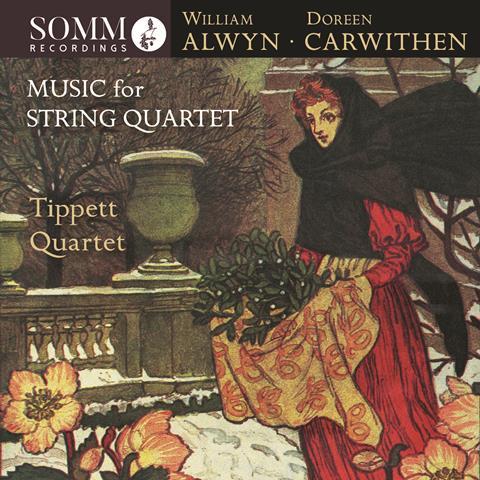 It defies belief that music of such striking invention and quality as William Alwyn’s Three Winter Poems could have lain unperformed during his lifetime. Composed in 1948, its tonal and stylistic reference points – the ‘Snow Shower’ Serenade third movement unmistakably takes its lead from the Assez vif of Debussy’s String Quartet – were presumably considered passé at the time. Yet when played as sensitively as by the Tippett Quartet – whose 2016 disc of quartets nos.10–13, also for Somm, is no less outstanding – with radiant insight and affection, captured in glowing, naturally balanced sound, they emerge as utterly captivating. Fascinatingly, the Third Quartet in two movements (1984) also recalls in places the post-Wagnerian chromaticisms of 1890s Debussy, and the Tippett Quartet embrace its sensual, opulent sound world with beguiling lustre and allure.

Not only was Doreen Carwithen Alwyn’s second wife, but she was also his student some 30 years previously at London’s Royal Academy of Music. Her two string quartets (1945 and 1950 respectively) are more neo-Classical and vibrant in quality than Alwyn’s, and the Tippett captures the forward energy of no.1’s first movement with alacrity, while ensuring that the Molto adagio of no.2 opens with a profound sense of calm and stillness.