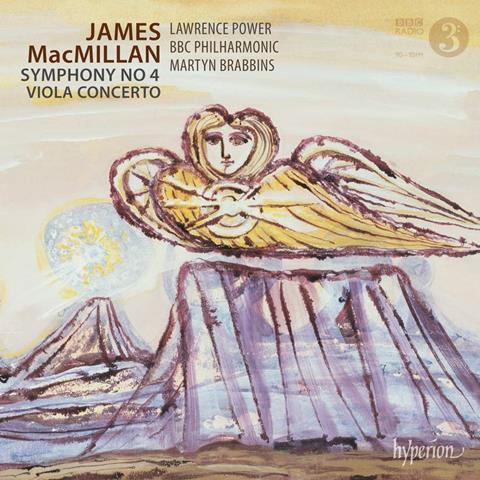 Description: Viola concerto is a 21st-century classic in the hands of a passionate advocate

Lawrence Power is a passionate advocate of the music of our time, one whose playing in turn has inspired numerous composers over the years. He premiered James MacMillan’s Viola Concerto in 2014 and has performed it some 20 times throughout the world before committing it now to record. Such patience is rare in our fast-paced world, but in this case it has paid huge dividends, for Power has made the piece thoroughly his own. From the opening cadenza, set in a decidedly viola-friendly C minor, he evinces a complete command of the large structures (the piece is over 30 minutes in length), while pulling off convincingly effects like the slow movement’s bluesy glissandos. Throughout the three movements, motoric moments are effectively contrasted with calmer episodes, Power’s sound remaining consistently attractive throughout the most doggedly ostinato passages.

MacMillan has given his soloist many chances for expressive seductiveness, which Power seizes gratefully. A quartet of orchestral violas and cellos assume the role of a co-protagonist in two sections, one of them an utterly magical moment of calm in which the principal flute joins in, impersonating a Japanese shakuhachi. The BBC Philharmonic under Martyn Brabbins do justice to MacMillan’s keen ear for orchestral colour, both in the Concerto and in the Symphony no.4, a monumental piece in which the composer pays homage to fellow Scot Robert Carver (1485–1570). The recording and presentation quality are up to Hyperion’s high standards.