Composer competitors complement each other in this well-planned recital 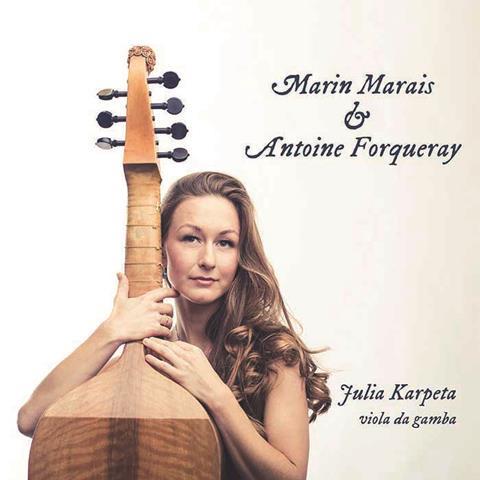 Description: Composer competitors complement each other in this well-planned recital

This Marais miscellany has been taken from the last three of the composer’s five books of pièces for viola da gamba and continuo, published in Paris in 1711, 1717 and 1725. The selection includes the usual dance movements (allemande, sarabande, gigue and the like) as well as a few vignettes, ‘La Mariée’ (The Bride) a particularly charming one. Julia Karpeta is very much at home in the music’s idiom, dispatching the most complicated embellishments with consistent clarity and aplomb. She draws a lean, silvery sound from her viola da gamba, and I would only carp at some occasionally obtrusive application of vibrato. In most pieces, the continuo is realised just with theorbo, giving the music an agreeably intimate character.

The Marais groups are separated by elaborate character pieces by his colleague – and rather rabid competitor – Antoine Forqueray, said to have been a ‘devilishly good’ player, just as Marais was an ‘angelic’ one. Published posthumously in 1747, they are eloquent musical portraits of contemporary – non-viol playing – musical personalities. The particularly dramatic ‘La Couperin’ was probably written in memory of the great harpsichordist, while ‘La Leclair’ recognisably reflects the virtuoso violinist’s style. ‘La Buisson’, a thumbnail of the composer’s brother-in-law, makes for a swinging conclusion to this well-planned and excellently recorded recital.