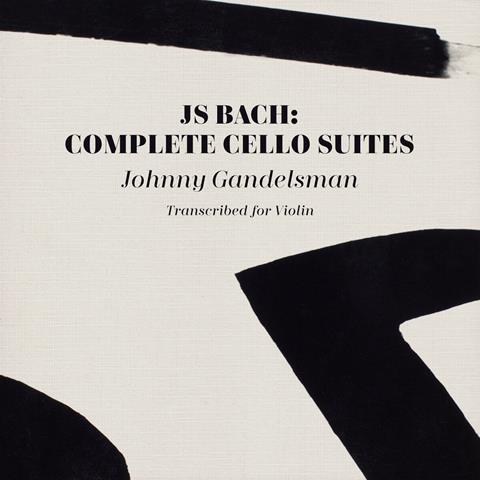 Johnny Gandelsman is a violinist of many styles. He already has a CD of Bach’s Sonatas and Partitas for violin under his belt; he is a member of Yo-Yo Ma’s wide-ranging Silkroad Ensemble; and he also plays with jazz and rock musicians. Folk music is another of his interests, and this seems to have fed into these performances of Bach’s Cello Suites: the Gigue from the First Suite is so imbued with infectious dance spirit that one wouldn’t be surprised if other people spontaneously joined in, and the second Gavotte from the Sixth could almost be a hoedown with added rubato.

The first five suites are all transposed up an octave and a fifth, which gives them a brightness far removed from the familiar sonority of the cello. For the Sixth Suite he stays in the original key of D major and plays a five-string fiddle made by Xueping Hu. Much of his playing is quite straightforward, clean and technically excellent, with well-judged, unobtrusive use of vibrato, leaving Bach’s music to speak for itself. His tempos are often brisk. The Courante from the First Suite skips along, perky and articulated, and the two Menuets verge on the hasty. Gandelsman cannot, of course, match the cello’s richness and depth of sound in the Sarabandes, but he is thoughtful and intimate, gently contemplative in the third, pensive in the fourth and conjuring mystery in the fifth. He flows beautifully through the second Allemande, and is clipped and rhythmically incisive in the fifth. The recording is close, with a touch of resonance.