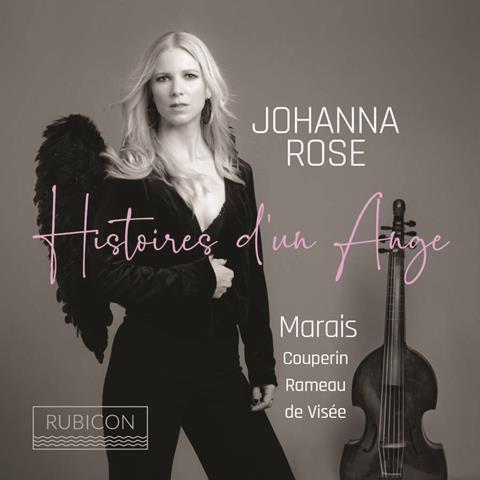 This hour-long recital of viola da gamba music (mainly) by Marin Marais is enormously enjoyable, such is the variety of the music, a lively recording, and so well has the programme been put together. A total of 14 pièces have been selected from the roughly 600 that Marais wrote over the course of four decades. After an unaccompanied prelude ‘en harpègement’ to set the scene, proceedings get seriously under way with a dramatic opening number in which Johanna Rose relishes Marais’s chromatic extravagances. Later on she portrays most convincingly the contrasting moods of La Superbe and La Rêveuse.

It would be tempting to comment on every single number and the musicians’ response to the varying affects depicted therein. The few traditional dance movements invariably evince a nice lilt, and the genre pieces – the great majority – are astutely characterised: there are witty imitations of a musette’s sounds in Fête Champêtre, the sinuous lines of L’Arabesque alternate seamlessly with the chords that punctuate them, and Le Tourbillon whirls by in no time. The continuo is imaginatively realised throughout, and the ‘supporting artists’ deservedly come into their own in pièces by Marais’s contemporaries that separate the groups of his pièces: Josep Maria Martí Duran in a Passacaille by Robert de Visée and Javier Núñez – most appropriately – in Couperin’s musical thumbnail of Marais.