The programming is the standout feature of this debut album 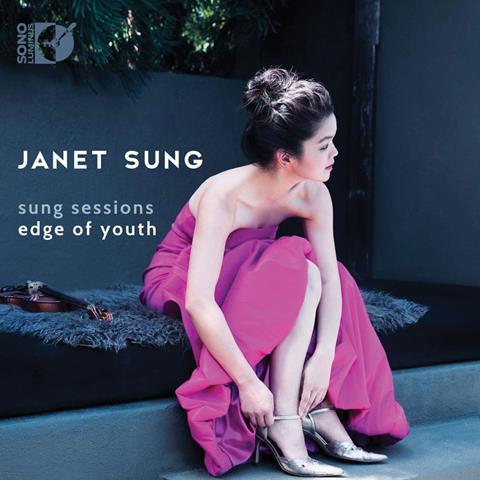 Description: The programming is the standout feature of this debut album

It took multiple listens to acclimatise to Janet Sung’s 1600 Maggini during this debut album’s opening Enescu. Not because she isn’t producing a beautiful tone from it, but because volume-wise it packs a punch under her fingers; so add close miking, and even allowing for the Enescu folk-fiddler brief, things often feel too much, especially in her upper registers. In fact, eventually I got my score out, which confirmed that some of the softer dynamics were indeed being less obviously realised. And this is a shame when there’s so much to like overall in terms of excellent technique, huskily rich lower-register tones, nice scene-painting, and some great partnering from Wolfram.

Britten’s Violin Suite does have a more satisfyingly audible range of dynamics, though. Plus there’s the interest factor of the programme’s three more recent single-movement works. Turning now to these, Sung brings clear architecture and en pointe technique to Missy Mazzoli’s virtuosic Dissolve, O My Heart (2011). Dan Visconti’s bluesy, folky Rave-Up (2012) then comes over as an equally virtuosic tour de force of fun, before the album ends with an appropriately contradictory reading of Gabriel Prokoviev’s Sleeveless Scherzo.

So, certainly it’s a recording debut full of promise, even if it’s not likely to nudge existing recordings of these works to the side. I suspect also that it doesn’t quite do justice to the Sung one might experience in concert.