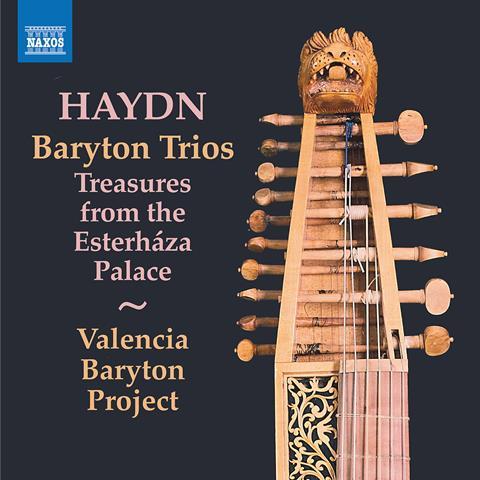 What would have become of the baryton if Prince Nikolaus of Esterházy hadn’t developed a taste for it? The instrument, invented in England in the early 17th century, had always inhabited the most recondite of niches. Basically a viola da gamba with added wire strings, it boasts the unique feature that said wire strings may be plucked by the player’s left thumb, thus adding an accompanying line to the melody played on the upper gut strings. Most of the music written for baryton can be traced back to Nikolaus, whose court kapellmeister Joseph Haydn alone wrote over 160 compositions for the instrument in various combinations, including some 125 trios with viola and cello. The present collection represents the tip of this particular iceberg.

The six trios included have been very well chosen to demonstrate Haydn’s inexhaustible creative fantasy. First movements can be in sonata form either fast or slow (eg the majestic Moderato of Hob.XI:9), or a set of variations (as in Hob.XI:69), while each of the obligatory minuets exhibits individual traits. The ensemble’s members have been well recorded in the friendly acoustics of a Spanish castle. While Matthew Baker has pride of place as the player of Nikolaus’s instrument, Haydn – who back then probably took the viola part – has ensured the others are by no means reduced to accompanying lackeys. The trio prove themselves a well attuned team, always alert to the music’s mercurial nature.