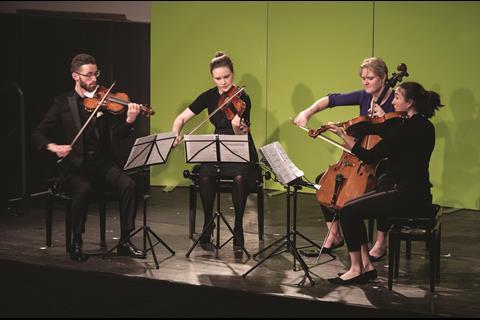 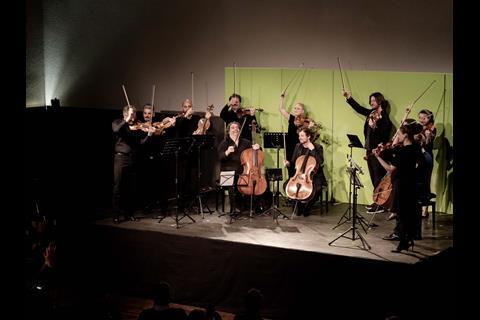 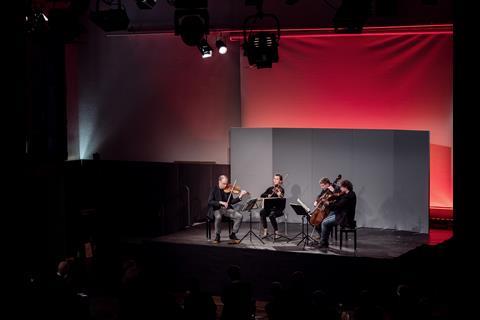 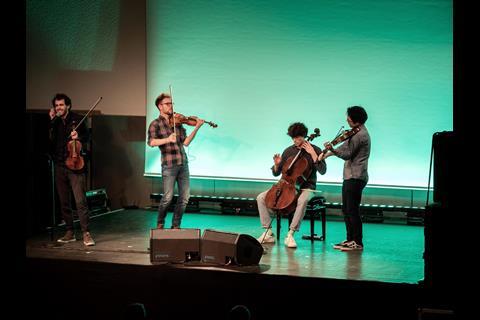 The 16th Heidelberg Festival crammed a lot of workshops and concerts into its four days, with Beethoven (of course) a thread running through it. The first concert opened with Haydn’s G major Quartet op.33 no.5 performed by the Adelphi Quartet (replacing the indisposed Quiroga Quartet), which brought out the charm and drama of the work as well as the composer’s twinkling humour. The artists had one work each in a concert, and next was the Signum Quartet and Thomas Adès’s Arcadiana op.12, the playing variously lilting, delicate and occasionally – and appropriately – grotesque. Beethoven made his first appearance with the F major Quartet op.59 no.1 in the hands of the Navarra Quartet, which brought deft interplay to the first movement, wonderful variety to the second, and drew out the Adagio in a great sustained arc.

The following evening was all Beethoven, starting with the Signum Quartet and op.18 no.3 in D major, beguiling and flexible in the first movement, exquisite in the Adagio and dancing in the final Presto. The Cremona Quartet took the opening Allegro of the F minor Quartet op.95 at a great lick, with snapping staccatos and accents, followed by relentless drive in the third movement and neurotic unease in the finale before the gallop to the end. The Callisto Quartet found warmth and severity in the E minor Quartet op.59 no.2, both searching and genial, with tremendous variety of colour in the third-movement Allegretto, and bravura in the finale.

On Saturday at 5pm there was one work, Beethoven’s A minor Quartet op.132, performed by the Vision Quartet with a balance and sensitivity between instruments which was a constant wonder. The Assai Sostenuto opening was vibrato-free and magical, with playing of great emotional range – and a nice insouciance in the second subject – to follow. In the second-movement Allegro they passed around well-shaped phrases in genial conversation. The great Adagio had a gathering profundity, with subtle use and absence of vibrato, and in the finale, after the impassioned recitative from leader Jakob Encke, there came a multitude of different voices, sometimes almost manic, at others spectral.

The final concert, on Sunday morning, started with the Signum Quartet giving a theatrical, spirited account of Schubert’s B flat major Quartet op.168, almost melodramatic in the first movement, mysterious in the Andante and spirited in the finale. The Callisto Quartet performed Thomas Adès’s The Four Quarters: eerie, vehement and uneasy. Finally, the Cremona Quartet gave a performance of Beethoven’s C sharp minor Quartet op.131 that was full of poetry and vitality, crackling with energy.

There were many fine things in this festival which there isn’t room here to cover. The performance of Beethoven’s A minor Quartet will stay with me.