Bringing a cellist and London compatriot of Handel back into favour 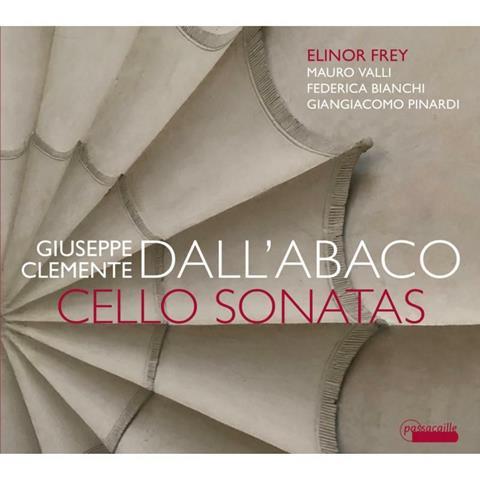 Description: Bringing a cellist and London compatriot of Handel back into favour

Charles Burney acknowledged Giuseppe Dall’Abaco, son of the better-known Evaristo, as one of the Italians who ‘brought the violoncello into favour’ in late-1730s London. That ‘favour’ has been revived in modern times in terms of Dall’Abaco’s 11 solo Capricci, but the comparative neglect of his 35 cello sonatas has prompted Canadian cellist Elinor Frey to edit them and record this selection.

Frey performs these sonatas of varied design and content with style and flair, mastering their various technical challenges across the instrument’s extensive range with apparent ease and adding extempore ornamentation aplenty. She shapes the line in the wistful slow movements with seasoned musicality, especially the moving third movement of ABV35, and she makes the utmost of the final long appoggiatura in ABV18’s expressive Andantino. These performers conjure up a pleasing variety of texture throughout, interpreting the five-movement ABV30 without harpsichord and regularly making subtle changes of instrumental combination and colour elsewhere. Particularly unusual are the finale of ABV35, with its pizzicato and other effects, and the rustic outer movements of ABV18, especially its finale’s folksy drones and dances. Two of ABV19’s three movements are better known in adaptations by Martin Berteau.

Vividly captured, the recording is realistically balanced with Frey well in the foreground.