A powerful final volume from a magnificent quartet 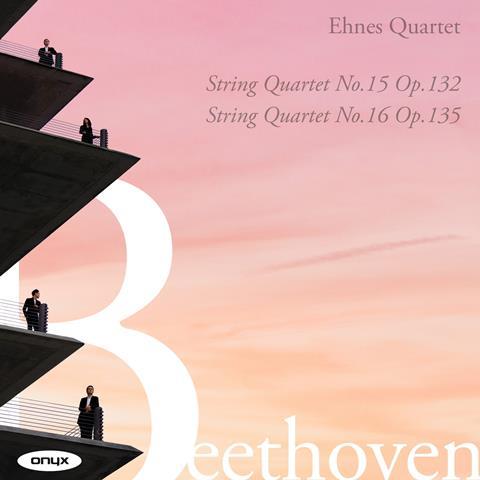 Description; A powerful final volume from a magnificent quartet

Regular readers of these columns will doubtless have noted the glowing endorsements of the Ehnes Quartet’s previous releases in its late Beethoven project. This reverberant, yet fastidiously balanced final instalment allows these players to communicate their fresh and sometimes daring insights into the radical modernism of opp.132 and 135. Their accounts can scarcely be surpassed in terms of natural synchrony, timbral range, blend, textual fidelity and sheer musicality.

This is potently evident in the group’s interpretation of op.132’s core central movement, in which the serene Heiliger Dankgesang is given initially with sparing vibrato, contrasting effectively with two animated episodes reflecting ‘renewed strength’; James Ehnes’s thoughtfully etched elaborations and expressive cantabile are particularly noteworthy. The remainder of the work is just as outstandingly characterised, not least the stark contrasts of the opening, the lilting quasi-waltz and rustic ‘trio’ that follows, the jaunty Alla marcia and the restless finale, culminating in an intense, aggressive Presto and an exhilarating coda.

Read: James Ehnes: ‘You should never be scared of Beethoven’s Violin Concerto’

Similarly, op.135’s countless changes of mood are encompassed with freshness and subtlety, whether in the conversational opening Allegretto, the syncopated dislocations and Ehnes’s athletic leaps in the scherzo and trio, the variations on the poignant ‘song of peace’ or the very end of the quartet, juxtaposing humour and absolute despair.