An attractive musical calling card from a prize-winning viola player 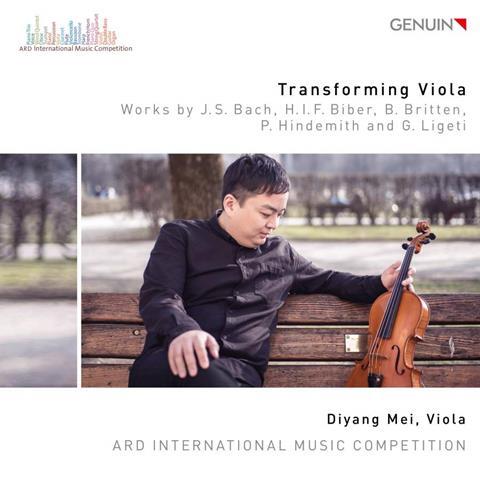 After Diyang Mei was awarded the first prize at the 2018 ARD Competition in Munich, he was picked by the label Genuin and given the chance of making a debut CD, which resulted in this most impressive ‘calling card’. All the pieces chosen are in the form of variations over an ostinato bass, but any fears of monotony are soon dispelled by the way Mei creates a specific sound world for each composition. He characterises the variations in Bach’s Ciaccona with engaging individuality while at the same time maintaining a strict pulse throughout the piece’s 15-minute span. After this monumental opening, he finds an inward tone for Biber’s Passacaglia, underlining its rhythmic obsessiveness in a way that seems inspired by the Holy Rosary litanies.

Moving on to the 20th century, Mei gives his sound an ‘edge’ that completely agrees with the acerbic character of Hindemith’s take on the passacaglia form. In Britten’s cello Ciaccona he sings lyrically in the uppermost reaches of the fingerboard, a task he is as comfortable with as when dealing with the composer’s idiosyncratic string writing. One wouldn’t necessarily guess from Mei’s performance that Ligeti’s Chaconne chromatique is marked ‘molto ritmico e feroce’: he finds some playful tenderness in the music’s short phrases, which he builds up to a sonorous climax. If slightly short-measure, this attractively recorded CD is a valuable introduction to a talent to be reckoned with.