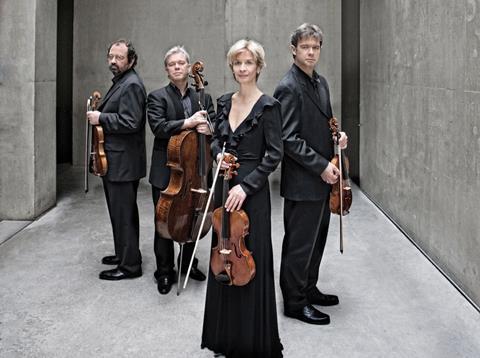 Like your favourite knife in the kitchen drawer, the Hagen Quartet never loses its edge. How many hundreds of concerts must the four of them have launched with the Quartettsatz, and yet the nervous intensity of their attack still slices through Schubert’s quasi-symphonic chords. Almost 35 years on from their DG recording, they sharpened up the contrasts and placed the elfin second subject into ethereal italics so that Schubert and Schoenberg felt more like contemporaries.

This Quartettsatz also led naturally into some late Shostakovich – the Thirteenth Quartet, the one with the solo viola – where senza vibrato tone placed the piece at a distant remove from any Russian heritage and back within the ghostly vestiges of Classical tradition. Even greater unanimity of tone and thought locked the suite-like construction of Beethoven’s op.131 Quartet together into a piece of architectural theatre.

With nearly 40 years of performances behind them, the Hagen can look down on life’s mysteries from a position of levity borne of long experience. The slow-burn opening fugue had an archaic flavour, while the serenade-like Allegro had a knowing charm. So often jagged and unsettled, the third-movement transition was executed with grace, yet the quartet’s musical journey from Palestrina to ‘Death and the Maiden’ never felt pre-planned: the better you know this music, the more it takes from you, and the Hagen gave it everything.