Tully Potter reviews a biography of the legendary American violinist, published in his centenary year 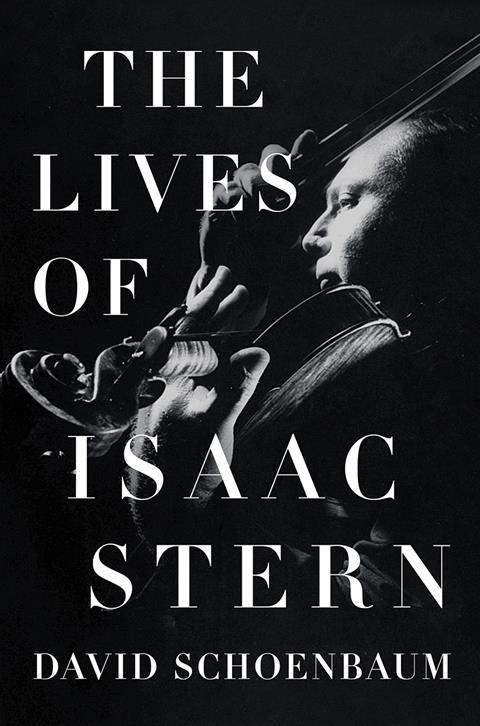 The Lives of Isaac Stern

The Lives of Isaac Stern

There is a good book to be written about Isaac Stern, but this is not it. I may be old-fashioned, but I feel the first duty of a biographer is to provide the subject’s dates of birth and death. We are on page 24 before we find that Stern was born in 1920, and the actual date is never given, although towards the end of the book we learn that the month was July. As for Stern’s demise, we are told that it was ‘eleven days after the attack on the World Trade Center’.

It is symptomatic of a biographical style heavy on waffle, light on facts. David Schoenbaum is incapable of lifting material from Stern’s memoirs without getting things wrong. At least one direct quotation is inaccurately transcribed. He offers a tortuous screed about the Jewish immigrant experience in San Francisco, but it is unclear how this affected Stern – who was ten months old when his parents reached America and became a ‘normal American kid with normal American tastes’.

He likes to drag in irrelevancies and suppositions – as in a priceless paragraph about Loudon Wainwright III – or display his literary pretensions. Here is my favourite extract: ‘“Immortality is not for everyone,” says a character in Der Gross-Cophta, one of Goethe’s least known comedies. It is unlikely that Stern knew the play. But he had no need of Goethe to be aware of the message.’

Schoenbaum is good on Stern’s repertoire, pointing out how much 20th-century music he played. He is less convincing when trying to place Stern among his peers, looking for the most far-fetched similarities – you feel if he could prove that Stern and Spalding wore the same size of shoes, or that Joachim (a strange comparison, on which he harps) and Stern both liked their eggs poached, he would mention it.

Where the narrative does come alive is where Schoenbaum is writing about Stern’s close engagement with Israel, especially his work in establishing the Jerusalem Music Centre, and his fight to save Carnegie Hall from demolition. These are good stories and he tells them well.

Major staging points of the great man’s career, including visits to the Soviet Union, Japan and China, are noted. Yet I miss any attempt to explain what marked out Stern from, say, Oistrakh, Kogan, Heifetz, Haendel, Grumiaux, Milstein or Szeryng. The point is well made that Stern was the first top-ranking home-grown American fiddler, but as an amateur violinist himself, Schoenbaum might have exerted himself to offer a little analysis.

Trivial errors, easily checkable, have crept in: there was no need, for instance, to assert that Florizel von Reuter kept the same name throughout his life (he acquired the ‘von’ in Germany). Apart from a side-shot of Stern on the front cover, the book is unillustrated, which seems a shame; and there is no discography. Notes are shunted to the back, rather then the ends of chapters, the better solution if you are not allowed footnotes. I am left puzzled as to the intended readers of this biography: violin fanciers, with access to the internet and Stern’s memoirs, can do better on their own.