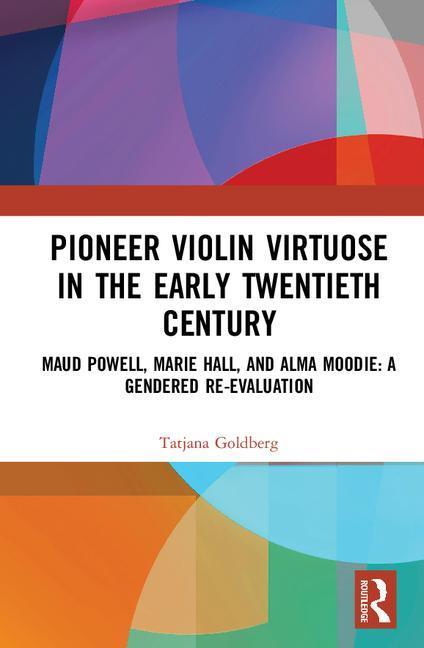 When I opened this book I was not sure what a ‘gendered re-evaluation’ was; and having read it, much of it several times, I am none the wiser, unless this process means constant carping about what a terrible time Tatjana Goldberg’s three subjects went through.

She does have a point: whereas in some branches of the entertainment industry – theatre, opera, music hall, playing the piano – women were among the brightest stars of the late Victorian and Edwardian eras, their progress on the violin lagged behind. But her researches have been very patchy.

It is true that, while sitting at a keyboard instrument was a decorous occupation for a young lady, the violin had a slightly lascivious aura. Yet Goldberg seems ignorant of most mothers’ objection to the instrument – that it marked their daughters’ necks and chins.

She prefers to see the violin bow as a phallic symbol, something that had not occurred to me; and she laments the dearth of female violinists while mentioning only the best known. No Stefi Geyer. She seems unaware that by the late 19th century, girls were flocking to fashionable teachers such as Henri Petri in Dresden.

The social pressures on violinists were surely no different from those faced by women in other careers; and talented soloists were welcomed by all except the most Neanderthal men. Choosing the American Maud Powell for her main subject puzzles me, as Powell’s career was an uninterrupted triumph, curtailed only by a too-early death, and we already have a superb biography by Karen Shaffer. Powell suffered buffets and slights but was well equipped psychologically to face them.

English violinist Marie Hall had to surmount more hurdles, mostly caused by her early poverty. She achieved enormous popularity yet her career petered out: she made no records after 1924 and last appeared at the Proms in 1931. Goldberg does not explore why.

With Australian Alma Moodie, who based her career in Germany, we hit a snag: no recordings. Why? Had she been as eminent as Goldberg and Wikipedia make out, she would have been documented. A favourite pupil of Carl Flesch, Moodie impressed such composers as Reger, Pfitzner and Krenek, with whom she had an affair. Her long if intermittent sonata partnership with Eduard Erdmann must have been interesting. But marrying an unsympathetic husband, staying in Germany and joining the Nazi Party did not work out for her.

Confidence in this book is shaken by mistakes, sweeping dubious statements and misleading comments. The passage on female string quartets on page 162 is typically badly researched; and Goldberg is all at sea on Isolde Menges, who made many more records than Hall and always had at least one man in her quartet – she started with three. Words are omitted from sentences and some names are wrong: my favourite is ‘Sir Arthur Somerset’ (for Somervell). It is quaint to see W.H. Reed as ‘William Henry Reed’. We get five pictures of Powell but none of Hall or Moodie.