Mendelssohnian byways elevated to greatness by a stunning partnership 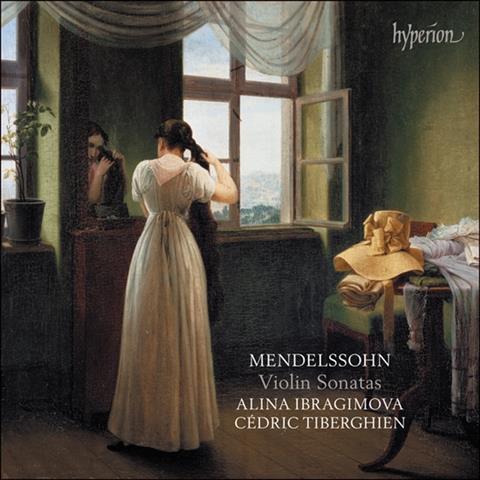 Description: Mendelssohnian byways elevated to greatness by a stunning partnership

Mendelssohn only published one violin sonata (the F minor op.4) and left various others in different stages of completion. Alina Ibragimova and Cédric Tiberghien start with the first version of his F major Sonata of 1838, giving it a good heroic opening with plenty of flair, which subsides into gentle caressing of the second subject. These contrasts of dynamism and repose, strength and delicacy, recur throughout the movement, giving shape and ever-shifting colour. The same can be said of the Adagio, in which the restrained grace of the opening melody opens into grand rhetorical gesture, with Ibragimova giving a keen dramatic edge to Mendelssohn’s more flamboyant passages, before falling away to reverie in the final bars. The finale is fleet and joyful.

The F minor Sonata from 15 years earlier opens with a recitative that is here flexible and gently questioning, and the remainder of this movement is nicely airy, with many subtleties of dynamic and rubato. In the central section of the Poco adagio second movement Ibragimova gives an exquisite demonstration of songful playing, and the Allegro agitato brings the piece to an end with an urgent gallop. The duo neatly catches the elegance of the 1820 Sonata in F major, with its whiff of minor-key Beethoven, and the closing Presto scampers along. In the D major fragment they are meditative, then tempestuous – and then the music tantalisingly breaks off, just as they’re really getting into their stride. The recording is close and well balanced.