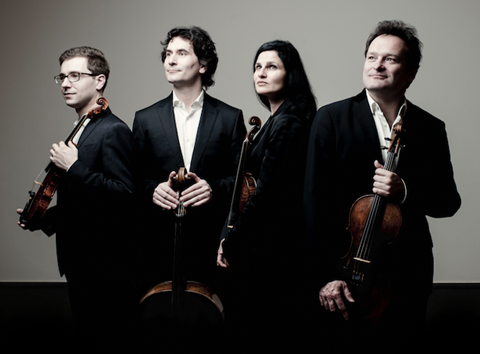 Wigmore Hall is doing lots of Beethoven this year. So is everyone else, of course, this being the 250th year of his birth, and like many others they got in early by starting in 2019. But the Belcea Quartet is as good a way to jump the starter’s gun as one can get, and these two concerts, the first in a series of all the quartets, and packed the hall with people who know a good thing when they hear it. The first concert began with the D major Quartet op.18 no.3, with playing of lightness and strong colour, and a touch of full Beethovenian passion in the development. The Andante seemed straightforward, but was rich and earnest as the harmonies shifted, and the final Presto was effervescent, with much delicate filigree.

From here they jumped forward to the last quartet, op.135, with some exquisite playing in the opening Allegretto, and earthy power in the central section of the second-movement Vivace. There was creamy-toned beauty in the Lento assai, a wonderful meditation with some beautiful cello playing from Antoine Lederlin, and the finale was variously grim, charming and mysterious.

In the E minor Quartet op.59 no.2 there was a nice use of accents in the questioning opening, and rhythmic elan in the full flow of the movement. Some of the finest, and softest, playing of the evening came in the Molto adagio, a great stream of beauty, made richer by exceptional intonation. There was silky lightness in the Allegretto, and exhilaration in the final Presto.

The second concert opened with the B flat major Quartet op.18 no.6. Here, an apparent politeness in the first movement gave way to something starker and more dramatic. The Belcea played the Adagio with exquisite care, as if it were porcelain that might break, and a spectral tone that sounded almost like ponticello. There were strong contrasts in the Scherzo, and leader Corina Belcea all but skipped through the trio. After the powerful dynamic extremes of the Adagio La Malinconia, emphasised by effective contrasts of vibrato and non-vibrato, the final Allegretto was happy.

After the interval came the great A minor Quartet op.132. The first movement was a fluent, unbroken narrative, binding together the innumerable shifts of character. The Allegro second movement had charm, with nicely hair-pinned dynamics. In the rapt slow third movement there was astonishing bow control and sustaining of unending lines, and the fourth was disquieting, after the anguished cry of the first-violin recitative.