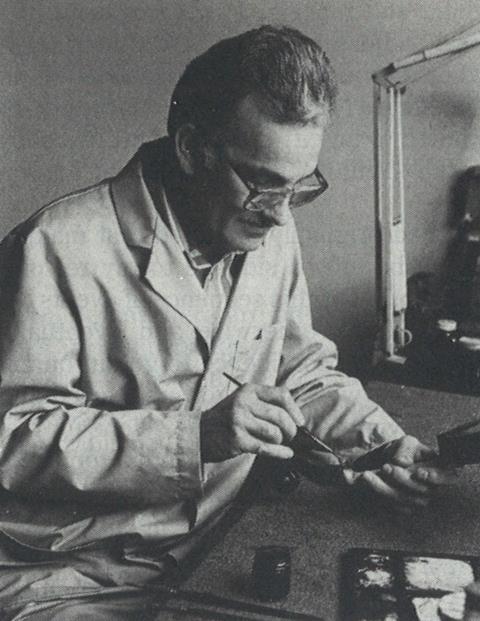 Brazilian-born US luthier Luiz Bellini died on 4 June at the age of 79. Musicians such as Yehudi Menuhin, Gidon Kremer, David Nadien, Glenn Dicterow and Berl Senofsky all owned and played Bellini instruments during their careers.

Born on 25 November 1935 in SÁo Paulo, Bellini originally trained as a wood carver. He became interested in violins after his tutor Vincente Policene showed him one of his own examples and introduced him to the craft. Within a month Bellini had completed his first violin and Policene advised him to begin a five-year apprenticeship with Guido Pascoli, an Italian-born maker based in the city. During his time with Pascoli he made approximately 25 instruments including violas and cellos. In 1960 Pascoli recommended that Bellini relocate to New York to work with Simone Sacconi at Rembert Wurlitzer’s shop. He spent eight years there before taking up a position with Jacques Francais, until he finally set up as an independent maker in 1975.

During his time at Wurlitzer’s, Bellini began restoration work on the 1742 ‘Lord Wilton’ Guarneri ‘del Gesù’, which inspired him to make his own copy. This was later bought by Ruggiero Ricci, who told The Strad in 2004, ‘Like the original, it is a strong-sounding fiddle – it cuts through more than my own Guarneri. Once, after I had performed a concert at Carnegie Hall, someone congratulated me and said, “Your Guarneri sounds great!†’ Before Ricci collected the copy from the workshop, New York Philharmonic concertmaster David Nadien happened to play it, and subsequently ordered another copy for himself. Ricci's copy was eventually donated to the Smithsonian Institution in Washington DC.

As well as the ‘Lord Wilton’, Bellini made copies of the 1733 ‘Kreisler’ Guarneri ‘del Gesù’ and the 1715 ‘Baron Knoop’ Stradivari. In an interview with The Strad in 1985 he said: ‘For the purposes of making accurate copies of a particular violin by an old master, the French external form is best. One can transfer to the form itself all the particularities of the instrument in question. The slightest asymmetry between top and back can this be registered in greatest detail. This asymmetry is precisely what makes a particular violin so artistic. Asymmetry does not distract the eye, but rather enhances the uniqueness of each instrument.’

In 2004 Ricci described Bellini as ‘a good man, an excellent craftsman, and one who has had lots of experience. I once asked Bellini, “Why don’t you hire an assistant to do the rough work at the beginning?† and he said he could never do that. He likes to work on the whole block of wood, to get a feel for that particular piece of wood, to understand how to get the best from it.’