Preparing for an orchestral audition: the basics 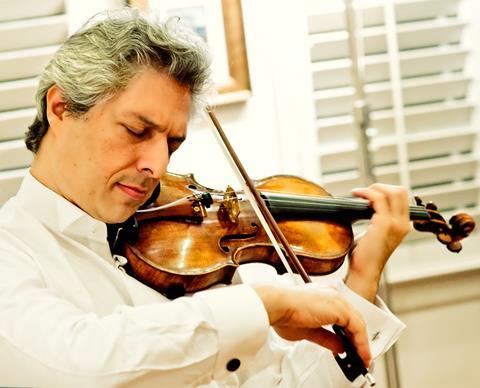 Summer is festival season and a time I look forward to, primarily because I get to see old and new friends as well as students who have, at one time or another, studied with me. I also get to work with new students who often come up with wonderful ideas which inspire me to rethink things which I previously thought of as the Holy Grail. Questions this summer were especially geared to technique, an area I really enjoy discussing.

Taking one example that seems to have stubbornly come up in the past three months, I have fielded questions on spiccato. How do we control it and still keep it lithe, they ask? Well, before we go there, what spiccato are we talking about? The penetrating stroke found in the last movement of the Tchaikovsky Concerto, or the effervescent spiccato of the Mendelssohn Octet Scherzo? I like to go from big concepts to small, so I tend to show them a ‘bread and butter’ basic stroke, then go to specifics.

Thus in writing about the preparation for an orchestra audition in the US, let’s discuss the main pillars that will drive a successful audition. In order of importance, they are: requisite starting time to prepare; stylistic knowledge of the music; and strategy to get your best playing under pressure.

How much time is enough to prepare?

Isn’t it different for each individual? At first glance absolutely. But I would argue before you jump to an arbitrary calendar date (three weeks prior to audition seems to be the general time of choice this summer), define what you need to do to be ready. The minimum in my opinion is:

Taking the above information cumulatively, I would say a more realistic timetable is about three months. I always recommend that candidates dedicate the summer to prepare for auditions, when one is generally less busy with events that are inflexible. There is a great precedent from the brilliant Salvatore Accardo, who once told me that he devotes the summer to learning and relearning repertoire as there is simply not enough time during the course of the year to do so properly.

Moving on to style, it’s important to do ten minutes of research on the composer and the work you are asked to play. Just playing it to the tempo and dynamics on the page is not enough! Late Mahler crescendos and Korngold crescendos are a world apart even though they are both Viennese. Using my prior spiccato example, playing the Midsummer Night’s Dream Scherzo with the stroke of Prokofiev’s Classical Symphony will not win you points with the committee.

Finally, the deep subject of how to play your best. 10,000 hours of practice? Beta blockers? Hope for a lucky day? My advice is leave as little as possible to chance. This means:

There are many other ways to prepare for the audition, but, after you’ve done the hard work of preparing yourself for this battle (and I don’t use the term lightly), the most important thing to remember is to share the music with the committee. Remember these people are there to decide who may be their colleague for the next 30 years. They would really like it to be someone who makes music with them in the most genuine manner possible.

Gary Levinson is on the faculty of Audition Perform, a five-day course geared towards audition preparation, held at the University of Chichester, UK from 5 to 11 August 2018. The course has been developed in conjunction with the European String Teachers Association, Musical Orbit, and The Strad and applications open on 1 October 2017. Register interest here.