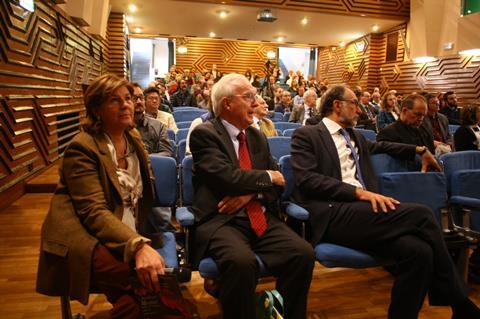 The 300th anniversary of Stradivari’s 1716 ‘Messiah’ violin was very appropriately celebrated in the city of its birth. The instrument, which has not left England since 1890 and has been in the Ashmolean Museum in Oxford since 1939, has finally been allowed to go home. It was the first opportunity for the collected experts of Italy and beyond to subject it to the battery of modern scientific analysis.

The results of all the various forms of scanning, microscopy and wood examination were formally presented on 9 October at the ‘Messiah Study Day’ in Cremona. It was introduced by Charles Beare and chaired by Paolo Bodini, president of the Cremona-based Friends of Stradivari organisation, together with Renato Meucci of the exhibition’s scientific committee. Meucci gave a talk on the complex history of the instrument, touching on the various controversies that have arisen, and generally appealing for a wider discussion of authenticity embracing academics from other fields of art history.

I had the honour of sharing the next address of the day with Carlo Chiesa. Neither of us being scientists, we were asked to give our own views of the violin from a historical and artistic point of view. Carlo spoke vividly of Stradivari’s life and circumstances in the period that the ‘Messiah’ was made, and it was at his suggestion that I followed up by trying to imagine my response as if seeing the violin for the first time, without looking at the label. Would I recognise it as a Stradivari (I hope so!), how would I decide on the date, and how does it fit in with the chronology of other violins from his workshop in terms of style and materials?

The next speech was of a more seriously forensic nature. Fausto Cacciatori, curator of Cremona’s Museo del Violino collection, presented a fascinating account of the research that has been done on the handwriting found on the Stradivari tools and moulds of the Dalle Valle collection housed in the Museo, and the connections to the ‘Messiah’ itself. Analytical techniques for identifying the different inks and handwriting used have allowed experts from various fields to verify for the first time the original inscriptions of the members of the Stradivari family (Antonio and his sons, Francesco and Omobono) and separate out the later additions made by Count Cozio di Salabue, the first owner of the collection after Antonio’s youngest son, Paolo. This is very important, as many inscriptions that have been accepted as original have turned out to be Cozio’s speculations, and even original markings were clearly made at different times by different family members.

Most significant among these is the famous letter ‘G’ inscribed within the pegbox of the ‘Messiah’. This has previously stoked up the heat of discussion among those who refute the ‘Messiah’ as a Stradivari, or as being a different Stradivari from the one we know from the history. The ‘G’ is supposed to refer to the form on which the violin was made, but the ‘Messiah’ is clearly made on the PG form, which, like the G form, is present in the Dalle Valle collection. Cacciatori was able to tell us that the letter G in the ‘Messiah’ is in fact the work of Cozio, the distinctive ink used by him showing clearly. This, of course, raises a lot more intriguing questions about the meaning of the letters and their recorded presence in many Stradivari instruments, but at least it confirms beyond doubt that the ‘Messiah’ was indeed in Count Cozio’s hands.

The next revelation came from the violin maker Gregg Alf, who is also part of the scientific committee. He showed that CT scans and micro-photography have finally shown the existence of a small soundpost crack in the table. This again resolves one of the mysteries surrounding the violin, as Cozio clearly refers to a crack in his description of it, which was supported by a patch. At last this crack is revealed, although there is no longer any sign of the patch, which presumably was an overlaid veneer rather than an inset.

Marco Malagodi, also from the scientific committee, showed us more scans, concentrating on the identity of the wood, and the integrity of the outline and PG mould, confirming Alf’s reports. It was interesting to note that the dye used to colour the purfling was the same as that used to blacken the chamfers of the scroll.

The next speaker was the luthier and dendrochronologist John Topham, who proceeded to explain in very careful detail the purpose, limits and scientific basis of dendrochronology, and then its application to the ‘Messiah’. His own published studies show clearly that its wood came from the same tree as several other Stradivari instruments.

The last scientific speaker was Brigitte Brandmair, author of the book Stradivari Varnish. She presented very detailed ultra-violet photographs that showed the surface and varying UV refractions of the violin, comparing it to other Stradivaris and contrasting control samples by other makers, including Vuillaume. The UV signature of classical Cremonese varnish is certainly distinctive and, it would seem, not generally replicated. But there was a little debate left to run; one of the strange distinctions of the ‘Messiah’ is the presence of small star imprints on the bass eye of the scroll and within the pegbox. In my presentation, I gave the opinion that these imprints are the same as those seen on some of the Stradivari moulds, and are beneath the varnish on the scroll, thus providing a strong linkage between the violin and the original moulds in Stradivari’s workshop. Unfortunately Cacciatori’s UV examination brought him to the conclusion that the impression was made over the varnish, meaning that it was done later, and thus possibly by anyone who had access to both the violin and the forms. Was our good friend Cozio interfering again? But Brigitte lobbed the ball back over the net, explaining how her interpretation of the UV analysis led her to believe the impression was indeed under the varnish, not over it, and made while the violin was ‘in the white’.

This could be a long game. It leaves us with the useful warning that not every bit of laboratory evidence is conclusive, but the accumulated effect of all the fascinating work that has been done in Cremona provides us with more insight into the master’s techniques, and confirms the authenticity and artistic value of the great Stradivari we call the ‘Messiah’. And this was an historic occasion in many more ways than one, in which the city of Cremona re-established its deep and abiding relationship with one of its most famous children. 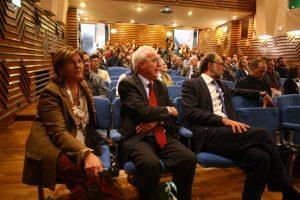 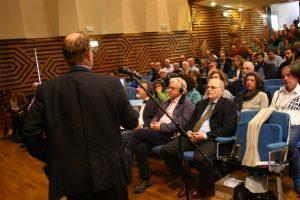 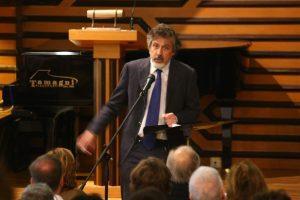 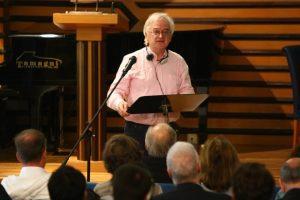 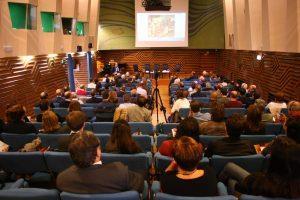 A selection of images from the Study Day: 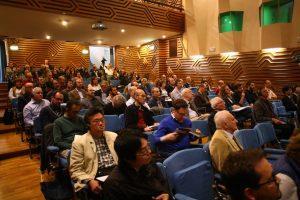 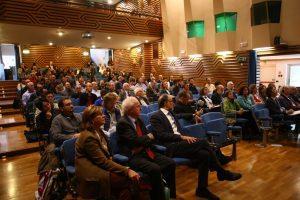