Portuguese Music for Cello and Orchestra 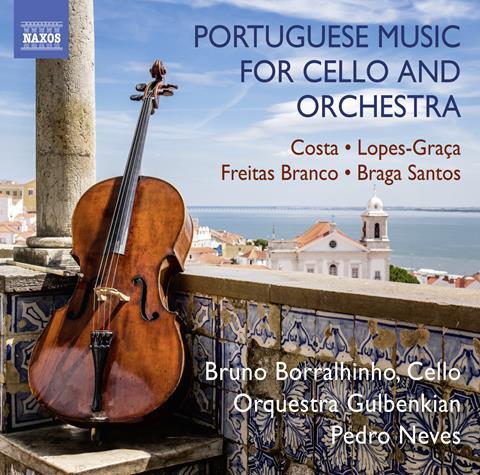 ‘Interesting insights’ rather than ‘compelling new discoveries’ is probably the fairest way to describe the contents of this nonetheless rewarding disc of little-known Portuguese works for cello and orchestra from the 20th century. Bruno Borralhinho proves a persuasive soloist throughout, matching clear, crisp, somewhat no-nonsense playing with an approach that’s engagingly responsive to the four works’ quite diverse styles. He luxuriates in the Debussy-meets-Vaughan Williams opulence of Luiz Costa’s likeable 1956 Poema, for example, with a particularly rich, chocolatey lower register, and he’s appropriately athletic and assertive in the Shostakovich-like austerity of Fernando Lopes-Graça’s striking Concerto da camera – although the work would no doubt benefit from the sheer power and intensity of a player like Mstislav Rostropovich, who commissioned it and gave its premiere in 1967. Borralhinho has less to play with in Luís de Freitas Branco’s charming but lightweight Cena lírica from 1916, resulting in a disarmingly straightforward performance, although he comes into his own in the sombre, angular 1987 Cello Concerto by Joly Braga Santos, eloquent and unforced, and penetrating the dense orchestral fabric with his intense vibrato and rich, focused tone. Pedro Neves conducts the Gulbenkian Orchestra with just the right degree of succulence and flexibility, and recorded sound is consistently clear and well balanced throughout.