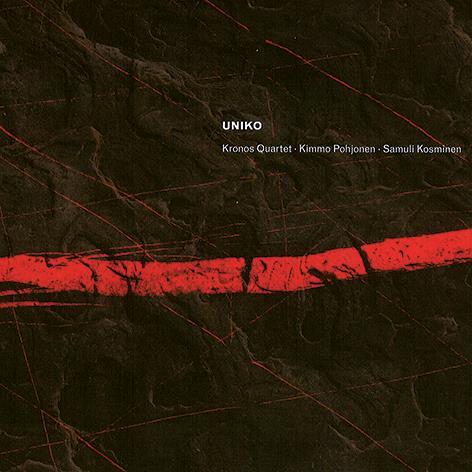 Kronos commissioned Uniko from this Finnish duo back in 2004, with the recording laid down in 2007. Kimmo Pohjonen (accordion) and Samuli Kosminen (samples and programming) sought to tap into the unusual sound world conjured by this instrumental set-up, and the care and imagination with which sounds have been layered is clear. The electronics chug and spit in the dance section of the opening Utu, and add organic-sounding splurges to Särmä, while the acidly bright accordion is woven in with a light touch, adding subtle descants here and there. However, composing for Kronos offers the chance to experiment with the string sound palette and this is under-explored here, with the shuddering bow-work and fingerboard scrabbles of Kamala a belated and isolated example.

The quartet’s finesse is exploited – sharply attacked interjections and exposed but clean unison flights of fancy are given space by the measured use of electronics, and in the bigger moments, it’s Kronos’s acoustic energy that drives the force and scale of the music. But their scope is fairly limited and there isn’t quite enough interest in the instrumentation and sophisticated production for this not to matter. The repetitive patterns and layering give the music a soundtrack feel – but a soundtrack to what?