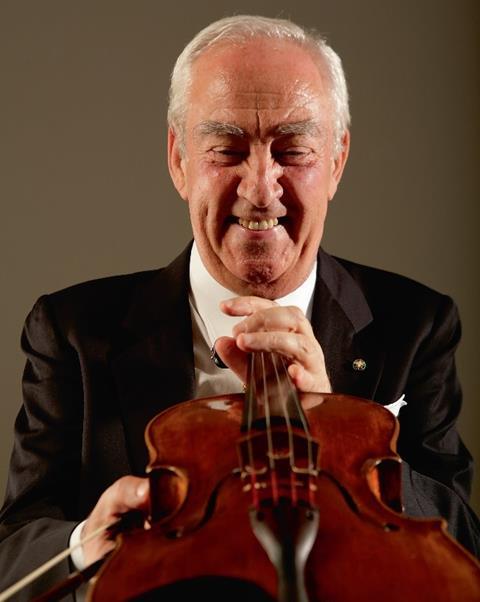 The following article was published as part of a larger feature on violist Bruno Giuranna in The Strad's September 2013 issue. Click here to subscribe and login. Alternatively, download on desktop computer or through The Strad App.

Bruno Giuranna's switch to the viola was not automatic and it certainly wasn’t love at first play: ‘I remember my first experience of the viola. I did not like it. I was 14 or 15 and we had an obligatory viola exam in the eighth year.

This strange sound did not appeal to me at all. It was only a few years later, after my violin diploma, that I had the idea that I wanted to become stronger in my playing. That happened in the summer at the Academy Chigiana, which I entered on the violin. I came out captivated by the sound of the viola.’

At the point that he made the shift to viola, the profile of the instrument was far from where it’s come to now: ‘“The viola must be played loud† – that was the aesthetic world I was brought into. I didn’t have one viola player to inspire me to make a viola sound – nothing that convinced me. It was a good thing. I had to go through the challenge of finding my own sound. With the viola it’s not simple – you have to decide whether you are going to be a tenor or contralto.Do you want a dark or bright sound?’

Paradoxically, he was inspired in his conception of viola sound by violinist Leonid Kogan: ‘I was taken to a concert in Rome by my teacher when I was around 15. I’d never heard anything like that on the violin – the sound quality and the impression that each note was like a big pearl. I worked out for myself how to develop that on the viola.’ He later had lessons with Giovanni Leone, violist of the Chigiana Quintet.

So does a player choose their sound? Giuranna explains that often it’s more a default, and it’s up to the teacher to help change this: ‘When we play, we project an image that we have of the sound that is inside ourselves, whether it’s conscious or not. The difficulty for the teacher is that often a student has the tendency to play on the fingerboard too much, because the string speaks more easily, but they don’t have much definition or power.

However, they get used to it and that’s the image they have. You can say, ‘This is not enough if you want to project something in a big hall, so you have to do something else. Then they have to accept that until they get used to it they probably won’t like what they hear, that there are noises under the ear. In classes, I get the student to produce that sound and ask them if it could be used in a performance. They normally say no but then I ask the others who are watching, and they say yes. Students don’t want to do it until they are convinced by observing the reaction of others.’

The Strad's Bruno Giuranna interview was published in the September 2013 issue. Click here to subscribe and login. Alternatively, download on desktop computer or through The Strad App.