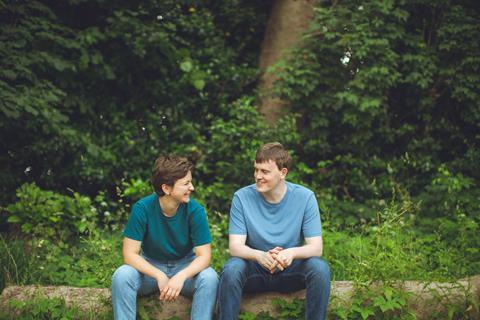 The following extract is from The Strad’s March 2022 issue  Session Report: Landscape of Shadows. To read it in full, click here  to subscribe and login. The March 2022 digital magazine  and print edition  are on sale now

Pohádka, the title of Janáček’s 1910 work for cello and piano, might be translated into English as ‘Fairy Tale’. Like much of the Czech composer’s music, it takes listeners – and performers – through a landscape of shadows and shifting sands where tonalities, moods and motifs vanish as unexpectedly as they appear. The work gives its title to a new disc of Czech and Hungarian music by English cellist Laura van der Heijden and Welsh pianist Jâms Coleman, which spans everything from a song by Dvořák to András Mihály’s angular Mouvement  (1963), via Janáček, Kodály and Navždy  (‘Forever’), a brief song by Vítězslava Kaprálová, a Czech woman who died in 1940 aged just 25.

‘There’s a unique flavour to this repertoire that’s very hard to put your finger on,’ van der Heijden says. ‘It’s other-worldly and even sometimes slightly grotesque but always so full of colour.’ She and Coleman were already performing Pohádka  and Kodály’s Sonatina, and were keen to explore further when the project with record label Chandos began to develop. ‘I wanted to avoid programmes that people had done already, but there isn’t so much music written for the cello, so it’s not as if you can make new discoveries all the time,’ she explains. The duo turned to vocal music by Dvořák, Kaprálová and Kodály, as well as some lesser-known corners of the cello repertoire. ‘It was such a pleasure to find music that fits so well into a programme and is also fun to play.’

’There’s a strange lightness that shines out of the dark, almost like a kind of escape’

One such find was Mihály’s nine-minute Mouvement.  ‘I don’t know if I can choose a favourite piece on the disc, but this was definitely the gem I didn’t know I was going to love so much,’ van der Heijden says. András Mihály, who died in 1993, was a cellist and composer born in Budapest in 1917. Although he had a successful career as a performer and pedagogue – he taught all four original members of the Takács Quartet, for example – his music remains little known, even inside Hungary. ‘Miklós Perényi is the only other cellist to have recorded Mouvement, and I’m very grateful to him because without that reference point I think it would be a very difficult piece to get your head around as a performer. It’s completely crazy, real balls-to-the-wall stuff.’