There are many ways to vary sound and colour, but beware the perils of playing forte for sustained periods. From 2014 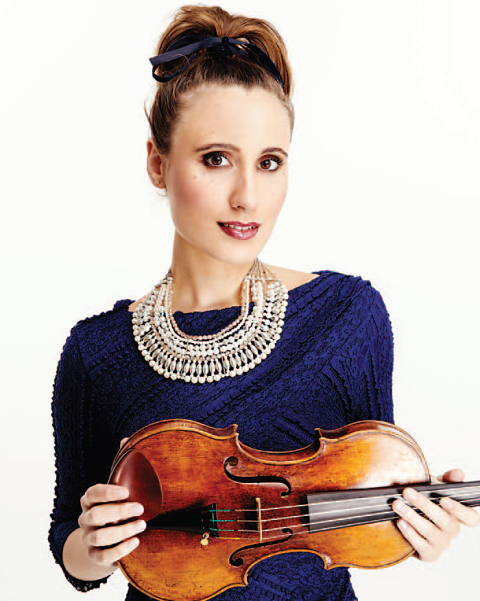 Pizzicato technique can be neglected: people look at it and think, ‘Oh, it’s pizz, nobody’s going to hear.’ But actually there are many different ways of doing it and of finding different colours. In fortissimo, for example, I'll use stronger left-hand pressure, and sometimes I’ll play using my right thumb. Not many people do that, but it’s a good tip for anybody who’s looking for a nicer, fatter sound.

The last piece I played with a lot of pizzicato was the Ravel Sonata no.2 – the ‘Blues’ movement, with its hammering, fortissimo notes. When I was playing that, I could only really do it in earnest on the concert day, with a little rehearsal beforehand where I played very lightly – otherwise I would have blistered from the friction of my skin against the strings.

Jennifer Pike premieres Thomas Hyde's Violin Sonata, inspired by Philippe Petit’s 1974 tightrope walk between the New York Twin Towers and featuring an abundance of pizzicato, tremolo and double stops, at the Little Missenden Festival of Music and the Arts in the UK on 3 October 2014.