‘It doesn’t have to be popular. It just has to be’: Gwendolyn Masin on honesty and art

Classical music doesn’t need to succumb to levels of mediocrity in order to be ‘popular’ or ‘relevant’. Instead, audiences should be open-minded enough to enjoy the simplicity of great music’s existence, argues violinist Gwendolyn Masin 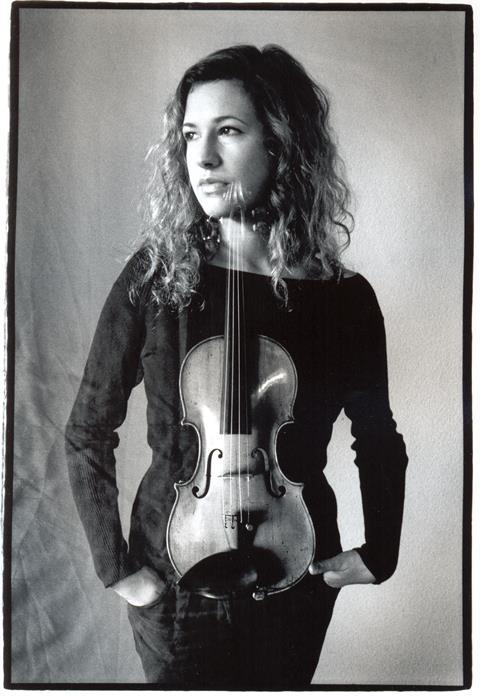 For decades now, I have heard it said that interest in classical music is on the decline, to have lost its importance and popularity, to no longer be ’useful’. In 2012, the National Endowment for the Arts (USA) reported that in that year, only 8.8% of the population had attended a classical music concert. My interest was piqued by these statistics, so I did a bit of my own digging. When I asked friends what they thought about classical music, apart from positive things, they felt that classical music was elitist, academic, dull, uninspired, a status symbol as opposed to an art form. Or, I found this one amusing — ’too long.’ Too long for what? ’Just — too long!’

There are a slew of programmes – such as Kulturdorf Terra Vecchia in Centovalli, Switzerland; education projects by the City of London Sinfonia; community projects by the Irish Chamber Orchestra; the Venezuelan Simón Bolívar Symphony Orchestra, and so on — in existence whose very intention and objective is to reach out to wider audiences; audiences in remote areas; younger audiences; audiences in impoverished regions. Classical music presented at schools and community centres, in hospitals and former factories, on the streets, in parks, played live on the radio and in podcasts, and much more besides. These initiatives are not just nice-to-have. They are hugely necessary because they deeply nourish communities.

There are classical music projects that are enhanced by multidisciplinary art forms that add meaning to the overall experience, such as offerings by Stegreif Orchester; or projects that test the boundaries of the genre, such as the work of the Danish String Quartet; or that offer a platform for testing those boundaries, such as by the Kronos Quartet.

Watch: Kronos Quartet play John Coltrane, Terry Riley and new music from the US and Iran

However, in our drive for classical music to be acknowledged and heard, we have, in some instances, lost our commitment to upholding our own professional standards. That is, for example, classical music being played below acceptable levels of skill; classical music played to a poorly-programmed drum beat, the latter of which does pitifully little to save it from the depths of that ocean we call mediocrity; classical music played by an ensemble dressed up as faux Marie-Antoinettes, wearing wigs that are so unmanageable the instrumentalists can hardly play; classical music pandering to the lowest common denominator of discernment, where a sense of irony has gone out through the back door along with a sense of integrity.

Read: Journey to change – towards a better understanding of ourselves by Gwendolin Masin

Read: Rewiring ourselves to play without fear: Gwendolyn Masin

Throughout the ages, classical music was never as popular as pop music is today. It was a form of entertainment to some, a pilgrimage of intellectual training to others. There were times an all-round education included knowing how to play an instrument and therefore, meant familiarity with classical music. It has been performed as an act of defiance in countries such as Russia, where democratic backsliding is rife. For example, in late January of this year, Dr. Anastasia Vasilyeva did not meet police who came to her apartment to detain her for ties to the opposition leader, Alexei Navalny, with a lawyer or a suitcase packed for time in detention. She was sat at her upright piano, calmly playing Für Elise by Beethoven. Examples of classical music as a means of private resistance can be found in Shostakovich’s idiomatic language to criticise the regime. The art form has been at the heart of scandal and headline news, such as at the premiere of Stravinsky’s Rite of Spring when riots broke out in the concert hall.

Classical music is not for the emotionless. It’s not for those folks unwilling to calm their mind for a moment. And, it’s definitely not for those who are unwilling to be caught off guard. A listener, or indeed, a lover of classical music does not need to be well-travelled within the art form, nor do they have to abide by the etiquette followed in many concert halls, cultivated during the 20th century such as not clapping spontaneously, talking between movements or, poignantly in these times of pandemic: coughing. All that is needed is that the listener is prepared to be open — open to the act of taking time to listen and to let go into what might happen whilst listening.

The music itself — its essence — is the magic, and our attempts to elevate the music or reconfigure its reception so that it can be more significant than it already is are futile. Nothing will open our hearts as quickly, and as mercilessly, as great music. Great music is also classical music. I believe that the world’s most singularly magnificent artists have understood something that many of us are too distracted to remember: art doesn’t have to be popular. It just has to be.

Read: ‘Art has space for everything’, says Patricia Kopatchinskaja