‘I Got Rhythm’: using ‘rhythm changes’ to explore improvisation on the double bass

In this excerpt from the April 2011 issue, bassist John Goldsby writes about using the harmonic structure of Gershwin’s classic song as a basis for new jazz melodies and improvisations 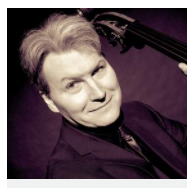 The following article from our archive was originally published in our April 2011 issue. To read the full article, click here