How to make scales enjoyable

Encouraging students to practise scales needn't be an uphill struggle, says Paul Harris - in fact, it can even be fun! 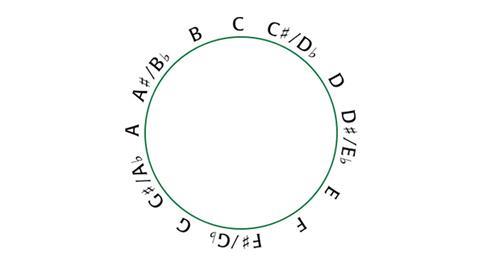 You can have one biscuit now, or, if you tidy your room, you can have three when you've finished!' That's known as delayed gratification, and it's essential for pupils to have at least some inkling of its significance if scale teaching and learning is going to be anything other than a continual battle! None of us - teachers or students - underestimate the importance of scales, but how many of us actually enjoy them?

Thorough scale learning will not, for most young players, reap immediate rewards. Let's face it, practising scales is not as musically satisfying as unlocking the secrets of a Romantic sonata, or as exciting as getting to grips with a showpiece for the next concert. Well-played scales will get pupils better marks in exams, but their raison d'être lies in the less tangible but essential area of basic musical development.

It's important to recognise the importance of scales, for you'll never convince a pupil to 'vote for scales' if you don't believe in them absolutely yourself.

Yes, they do, but not just by paying them lip service. Simply playing through a couple of scales during a practice session will have very little impact on a pupil's technical development. 'Slim-o-Food will only help you lose weight as part of a calorie-controlled diet', the ads tell us. Similarly, scales will only affect technique if they are part of a holistic approach to teaching. Time and concern must simultaneously be put into posture, arm positions, precision of finger movement and positioning. In addition, it is essential that the many connections with aural work are brought to the fore.

Every note has its own sound world resulting from its harmonic make-up. Practising scales with precise and directed listening will help your pupil learn to match tonal and dynamic levels.

They will if you really try to play them in tune! You wouldn't believe the number of times I've heard scales played appallingly out of tune in my work as an examiner. I find this very frustrating - a real waste of a golden opportunity to gain marks. Again, it's all connected with aural training: with active and musically perceptive listening.

Absolutely, and this is a very important reason for practising and playing them. But again, only if they are approached with a sensitive ear and with brain fully in gear.

Again, yes. But only if they are learnt with music as well as by ear. Recognising scale and arpeggio patterns will only become immediate and reliable if pupils know what scales look like.

So scales can be worth their weight in gold. Our next job is to find a way to make them more palatable. The secret is to devise several related activities which make as many connections as possible with all other areas of musical development, prior to playing a scale. In fact, you may decide to teach scales without pupils ever playing them! Spend some time listing imaginative ways you can connect scales with aural, technique, sightreading, rhythm, improvisation, composition and pieces. This is the basis of real 'musical thinking'.

With such connections in mind, here are some practical strategies for introducing a pupil to a new scale. Notice, at no time do we (yet) actually play the scale.

Pupils should be able to say the sequence of notes up and down. I've had many a debate with teachers on the relevance of knowing the note names, but I'm convinced that the more ways we know something, the stronger the understanding will be. You'll be surprised how difficult some pupils will find saying the notes descending!

Write out the scale

Preferably use manuscript paper with a pen or pencil. A computer is OK, but nothing beats creating your own notated scale.

Not to the taste of all students, but persevere with the more reluctant! For less enthusiastic pupils begin with just the first three notes, then eventually progress to five before finally having a go at the whole scale. It may take a long time to cajole them to do this, but the ultimate rewards will be worth it.

Instruct pupils to pre-hear each note before they sing it

This is a very powerful - though for some exceptionally difficult - discipline. To awaken the aural senses, play scales to your students. Make deliberate mistakes, either wrong notes or more subtle errors of intonation, and see how confident they can become in picking up inaccuracies.

Sing the exercise first, slowly, pre-hearing notes and trying to hear and pitch the very centre of each one. Then play these exercises slowly, concentrating on all appropriate aspects of posture and finger movement. Make pupils realise how important it is to care about the quality and intonation of every note, and to be patient - this work will pay great dividends.

Find a simple and effective study in the key

Apply the same process as above.

Improvise and/or compose a piece in the key

Don't underestimate the importance of such work. Over a period of time your students will learn to produce interesting and effective pieces, which will really help their musical development. Improvisation, along with aural and memory work, accesses the all-important right side of the brain (notation and technique live in the left side). All-round musical development must allow each half of the brain equal activity. Maybe you can have a concert of pupils' scale pieces from time to time.

Don't worry about mistakes. Simply attempting to find the right notes is a very useful process.

None of these activities demand that the scale be played on its own. We are learning about the scale (and related patterns). We are learning about the key. We are using the time to gather all the necessary ingredients and we are learning to understand those ingredients. You may simply like to leave it at that! Some pupils will not practise or play scales whatever lengths you may go to. As long as they are enjoying their pieces - which, after all, are in a key - and you are giving some 'scale-related' backup (as above), this may well be sufficient until that fine day when they wake up and finally say to you, 'I now see how scales can really change my life - when can we start?'

For those students who are prepared to do so, it's time to play the scale. It's a big moment. It's an important moment and we're not going to let it pass without appropriate fanfares. Preparation is essential and we're going to sing an octave, dead in tune, first. Then we're going to hear it through silently, in our heads. Then a few seconds of stillness before the performance. The first time a new scale is played in full must be savoured, must be enjoyed. The performance must be accurate, in tune and played with a beautiful sound. This is not a romantic, idealistic and unattainable expectation. If you care then your pupils will also begin to care - it's as simple as that.

What next? Continue to reinforce scale learning by revisiting all the above activities and add the following as and when appropriate:

Play with varying bowings and articulations

Vary the style of ascent and descent (for example, up: bowed and forte, down: pizzicato and piano. The number of variations is vast)

Vary the style (a scale in the style of Mozart, Brahms or Stravinsky for example)

Play both by ear and with music

Vary the starting note (eg G major beginning and ending on D or A - or even F sharp!)

Start on the top note and play descending followed by ascending

If you wish your pupils to take scales (and all their related patterns) seriously, you will need to devote quality time to their study. As in all good teaching, they must be approached with a combination of imagination, fun and high expectations. But, above all allow scales to play their vital role in developing the 'whole' musician by making connections and by treating them as your friends - never as your enemy.

This article was first published in The Strad's November 2001 issue