How knowledge of physics can improve your sound

In this excerpt from Technique, The Strad March 2020 issue, professor of violin Wendy Case demonstrates how understanding the physics of string movement can help us produce a richer, more ringing tone 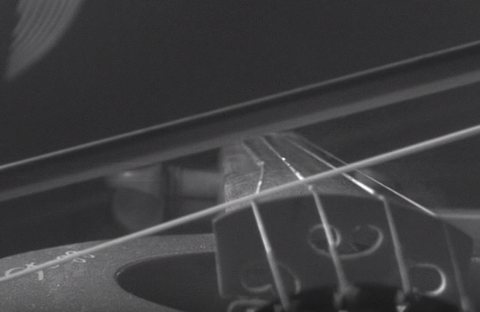 I usually spend one whole lesson introducing each of these ideas to a student; then I give them a week to process each idea while working on a scale and an etude. If they need more of an incentive, in the next lesson we’ll use solo Bach instead. I once had a nine-year-old achieve a fantastic, resonant sound in just a week, but I’ve had college students take a whole year. If a student is struggling to make a good sound, be sure to check their instrument set-up: a badly carved bridge, a misplaced soundpost or an open seam can really affect how the instrument responds.

Acoustical physics can be a useful problem-solving tool in string playing. I was introduced to the subject during a course at the University of Michigan; later I read Lothar Cremer’s book The Physics of the Violin, and I realised it could explain all the questions I had about advanced technique. In this article I show how learning about the motion of the string will help you to make a more resonant sound.

The physics of string movement

At the point where the bow touches the string, the string moves in two phases: it sticks and it slides. In ‘sticking’ friction the bow pulls the string sideways, creating a phenomenon known as the Helmholtz corner (see video, above). When the elasticity of the stretched string becomes too great for the bow to maintain its grip, the string ‘snaps’ or slides back (‘sliding’ friction), and the sticking phase starts again. The rate of a full cycle of sticking and sliding (one period) is directly proportional to the frequency of the string. That means that playing an open A produces 440 periods per second. Within each period, the sticking friction takes longer than the sliding friction, because while sticking friction moves the string at the speed of the bow, sliding friction is fixed by the pitch of the note. If the string moves more slowly during the sticking phase, it must move more quickly during the slipping phase, to make up the time difference. (Otherwise the pitch will be lower.) …

To read the full three-page article, in which Wendy Case demonstrates through scored exercises and teaching tips how an understanding of the physics of string movement can help teachers and students create a resonant, ringing sound, click here to log in or subscribe.