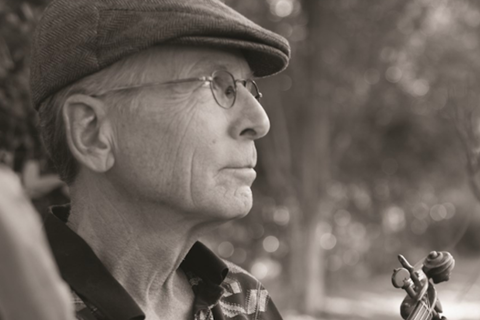 The following is an extract from an article by Clayton Haslop in The Strad’s January 2021 issue. To read in full, click here to subscribe and login. The January 2021 digital magazine and print edition are on sale now.

After learning that jazz guitarist Django Reinhardt had lost the use of two digits in a fire in his late teens, before achieving international recognition for his distinctive style, I resolved to take a page out of his book and relearn the violin using the two functional digits I have on my left hand. Until then, I hadn’t given much heed to the fact that both the shoulder injury and the focal dystonia issues pertained to the two fingers controlled through the ulnar nerve. The median nerve, with branches to the index and middle finger, was unaffected. And so began the newest chapter of my violin experience. What a relief! After years of feeling that every attempt at a step forward was met with an equal or greater contrary force, I was improving with practice.

At the time I made the switch, my dad happened to be in residence at an assisted living facility nearby. It was here that I found a willing and supportive audience as I made slow but steady progress building fluency and confidence in my new ‘binary technique’.

Initially, the accumulated memory of using four digits to play wanted to drown out my advances, especially when I was tired or in front of an audience. In fact, it was two years into the process before I could reliably perform a repertoire of 15 or so short pieces in public settings, and another year before I committed to playing my first recording session exclusively with two fingers. Four and a half years into the process, in June 2020, jazz violinist Doug Cameron released a video of me performing the first movement of the Tchaikovsky Violin Concerto, a project that had required many months of preparation. Within two weeks, it had registered 200,000 views on YouTube and received hundreds of heart-warming comments and endorsements from around the world.