The great violinist was born on this day in 1782. Happy 239th birthday! 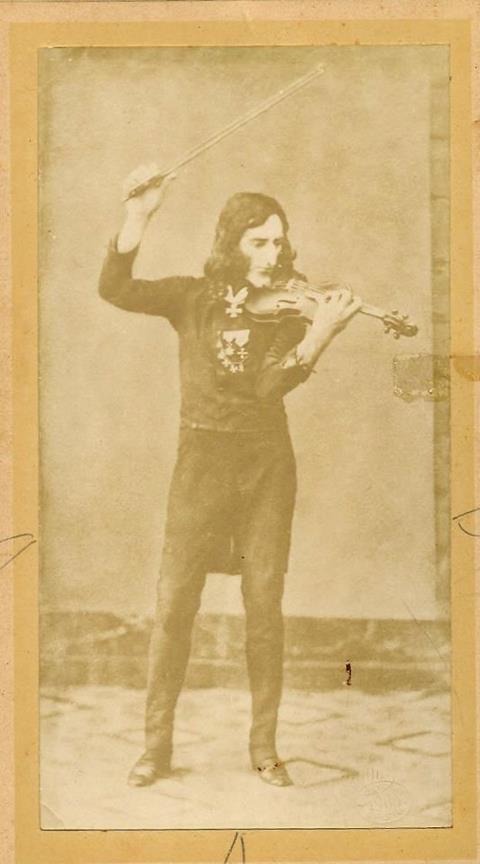 A famous fake daguerreotype of the violinist

Niccolò Paganini was born on this day in 1782, in Genoa, Italy. He initially began his violin studies with his father, a shipping merchant who also played the mandolin. The young violinist quickly exhausted his father’s abilities, giving his first performances as a child and touring by the time he was a teenager.

One of the most famous performers of his time, memories of Paganini are surrounded by mystique, with rumours circulating that he sold his soul to the devil for his uncanny violinistic abilities, as well as reports that his playing caused frenzy and hysteria amongst audience members. He was renowned having a unique flexibility and hand-span (it was suspected he was affected by Marfan or Ehlers-Danlos syndromes, disorders that affect connective tissue): he could apparently reach three octaves across four strings on the violin, which allowed him to achieve things on the instrument that other players struggled to do.

One could argue that players today still do: in a recent interview with The Strad, violinist Jack Liebeck says of Paganini’s 24 Caprices, ’He didn’t write them for other people to play, it was like, “Look at my ridiculous hands and what I can do with them”. We as violinists have to get around that fact that it wasn’t written for our hands, so at times you’re doing things that feel horrible under the hand and very uncomfortable. We strive to make it comfortable, that’s our work.’

Anyone who is familiar with life as a touring musician would know things don’t always go to plan while travelling. Paganini embarked on a long career of solo touring, alongside his struggles with alcoholism and gambling. Here is a report from The Strad May 1893 issue, illustrating an on-the-road situation where Paganini didn’t quite end up on top: