Dark and troubled or ‘really quite jolly’: how should we view Schumann’s cello concerto?

Schumann’s Cello Concerto has frequently been viewed as dark and troubled, but not by Schumann himself and his wife Clara writes Peter Quantrill

The following is an extract from an article in The Strad’s September 2020 issue, discussing the character and reputation of Schumann’s cello concerto. To read in full, click here to subscribe and login. The September 2020 digital magazine and print edition are on sale now.

It has often been said that Clara had a low opinion of the Cello Concerto, and indeed much of her husband’s late music; she notoriously destroyed a set of five romances for cello and piano, among his last original works, as unworthy of his genius. However, she recorded her first impressions of the Cello Concerto in entirely positive terms when Schumann played it through to her: ‘The romanticism, the spirit, the freshness, the humour, and then the fascinating interweaving of the cello and orchestra – all this is truly thrilling. What’s more, the harmoniousness and profound feeling which fill all the songful passages!’ The solo part, she thought, ‘is written in a way that is most befitting to the cello’s character’. 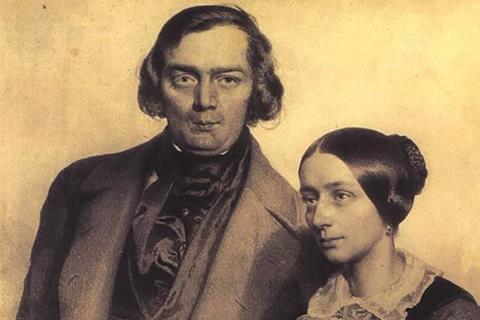 Newly resident in Düsseldorf as director of the town’s main choir and orchestra, Schumann was enjoying professional success as well as personal happiness and mental stability when he wrote the Cello Concerto with characteristic rapidity over the course of a fortnight in October 1850. Three and a half years later, however, and the prolonged exposure of his shortcomings in the role were exacerbating a state of steadily increasing physical frailty. Schumann suffered serious auditory hallucinations during February 1854. ‘The doctors put him into bed,’ wrote Clara, but ‘he got up again and started making corrections in the Cello Concerto, feeling that this might relieve him of the interminable sound of the voices.’ This revised version of the concerto was sent to the publisher on 21 February, six days before Schumann attempted to banish the voices once and for all by jumping into the Rhine. Breitkopf & Härtel published the score later the same year, but a public performance had to wait until 1860, when it was played by Ludwig Ebert at celebrations in Oldenburg to mark what would have been the composer’s 50th birthday.

Thus the myth has arisen of the Cello Concerto as a dark and troubled work, born under a cloud of illness. Yet Schumann (in November 1853) described its nature as ‘really quite jolly’.