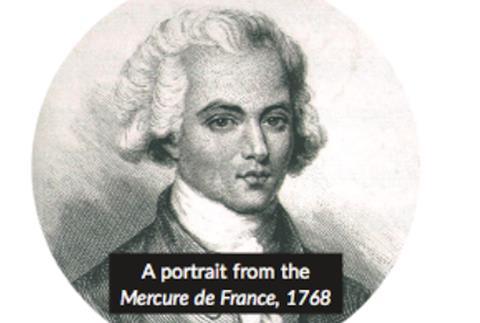 The following extract about Joseph Boulogne, Chevalier de Saint-Georges was published in The Strad’s February 2020 issue.

Joseph Boulogne, Chevalier de Saint-Georges (1745–99), was one of the most incredible musical personages of the late 18th century, yet he languished in relative obscurity for two centuries. Violin virtuoso, composer, champion fencer and French revolutionary officer, he began life on the Caribbean island of Guadeloupe as the son of a wealthy French plantation owner and his enslaved African mistress. His life story is told in novels, a Canadian docudrama, an upcoming Hollywood lm and a number of recent, qualitatively uneven, biographies. Despite a growing catalogue of recordings of his compositions – there was a particular boom between 1996 and 2005 – his works remain all too rarely performed. Here I will consider his re-emergence in the musical literature, some of the best- documented aspects of his life, and his role in the development of the violin repertoire in the last decades of the 18th century.

Global rediscovery and esteem for Saint-Georges is a relatively recent phenomenon. He did not receive an entry in George Grove’s A Dictionary of Music and Musicians (vol.1, 1878) nor in the second and third editions (by now named Grove’s Dictionary of Music and Musicians – 1904 and 1927). He did, however, receive a brief mention in the entry for the librettist Jules-Henri Vernoy de Saint-Georges, who was ‘not to be confounded with the notorious Chevalier de Saint-Georges (b.1739 [sic], d.1799)’. It is not clear why Grove thought him notorious; he was a lady’s man by reputation, but that did not keep others out of the dictionary. Rather, his notoriety was more probably to do with the colour of his skin. Certainly his white French colleagues of similar or lesser renown were not excluded: violinist Simon Leduc (1742–77) had a half-page entry, while the composer François-Joseph Gossec (1734–1829) received in excess of two in the 1927 edition. What makes this slight even more striking is that Saint-Georges had hardly vanished into musicological obscurity at the time. In 1919, the French musicologist Lionel de La Laurencie wrote an admirably extensive article about him as both virtuoso violinist and composer in the Musical Quarterly, later augmented in his three- volume L’école française de violon (1922–4).